CHEROKEE COUNTY, Ga. - Deputies have arrested a father and son who are accused of blaring an emergency siren while driving throughout the Woodstock area. 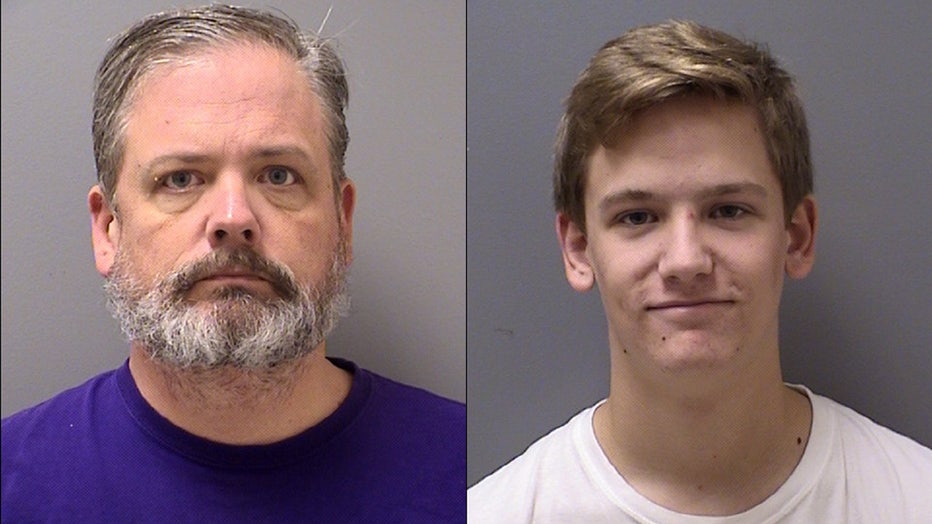 The siren in the car was so loud, the 911 operators could hear it over the call. (Cherokee County Sheriff's Office)

Saturday morning at around 11, deputies received a call about a vehicle driving through the area with a siren on full blast and someone on a PA system telling people to get out of their vehicles.

The siren was so loud, officials say the 911 dispatchers were able to hear it over the call.

Deputies found the driver and passengers after the vehicle stopped at a shopping center in the Towne Lake area.

In the car, deputies found 51-year-old Roswell resident Ryan Schmidt operating the siren as a passenger while his 17-year-old son, Luke Schmidt, drove. Three other passengers were in the vehicle at the time.

Driver say father, son tried to pull her over

Cherokee County authorities are investigating after a report a father, son tried to pull over a driver

The father told deputies that he had recently bought the siren and PA system and was showing it off to his son and friends.

Both suspects have been released from the Cherokee Adult Detention Center on two $2,035 bonds.