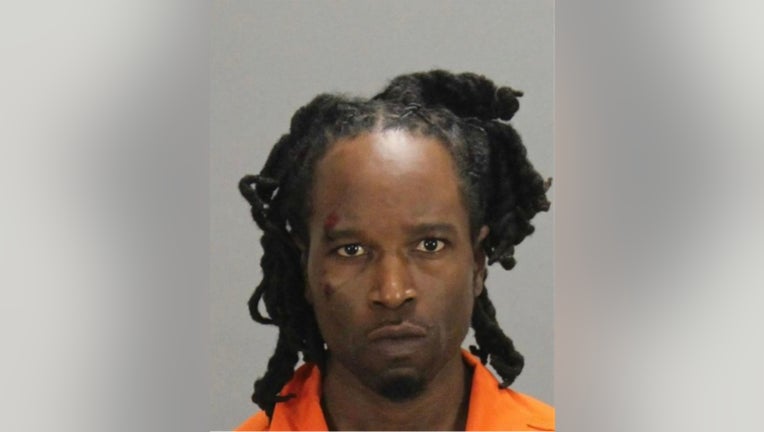 CLAYTON COUNTY, Ga. - An attempt to serve a warrant ended with the arrest of an accused drug dealer deputies say was in the wrong place at the wrong time.

The Clayton County Sheriff's Office says shortly before 10 p.m. Saturday, deputies went to an apartment complex on Pine Drive to serve a warrant.

While at the apartments, deputies say Hakim Johnson sitting in a running car in the front of the building. Officials say they could easily smell marijuana coming from the vehicle.

When deputies approached the car, officials say Johnson tried to reverse and drive off, hitting a patrol car and then another parked car.

Deputies found marijuana, cocaine, Crack, Xanax, and Ecstasy during their search of the car.

Johnson is now in custody at the Clayton County Jail.