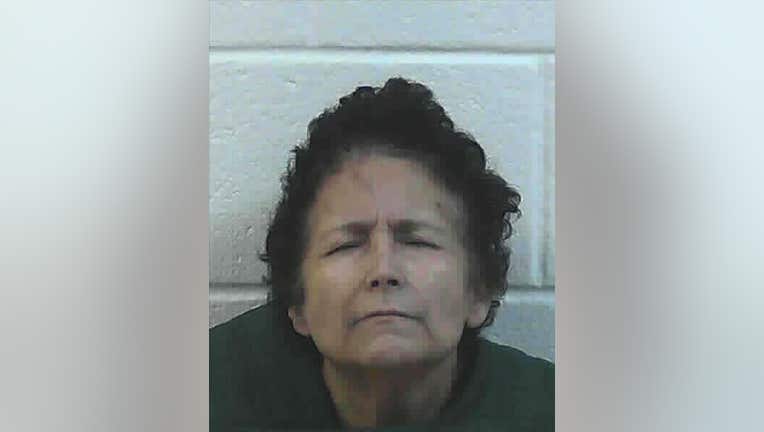 Diana Dellana has been charged with aggravated assault against a police officer. (Jackson County Sheriff's Office)

JACKSON COUNTY, Ga. - Deputies have arrested a Georgia after a seven-hour standoff at her Jackson County home.

According to the Jackson County Sheriff's Office, deputies were called to Pinetree Circle in Maysville after construction workers reported they had been shot at while working nearby.

When a deputy got to the scene, officials say he found 58-year-old Diana Dellana standing in her driveway with a firearm. Dellana is accused of pointing the gun at the deputy and then barricading herself inside her home.

The Hall County SWAT Team attempted to speak with her and get her out of the home without success.

Seven hours later at around 7 p.m. Saturday, the SWAT team got into the home and arrested Dellana without incident.

The Maysville woman is now charged with aggravated assault on a police officer. Officials say additional warrants are pending regarding the shooting at the construction workers.