The victim of a violent carjacking at a DeKalb County gas station said he just wants his dog back.

DEKALB COUNTY, Ga. - Frank Gonzalez was carjacked while getting gas at the Texaco gas station on Gresham Road in Dekalb county Saturday night.

Three armed men ambushed him. The man's dog was inside his vehicle when it was stolen.

"My dog go everywhere with me," Gonzalez told FOX 5's Deidra Dukes. "When you see me, you see my dog." 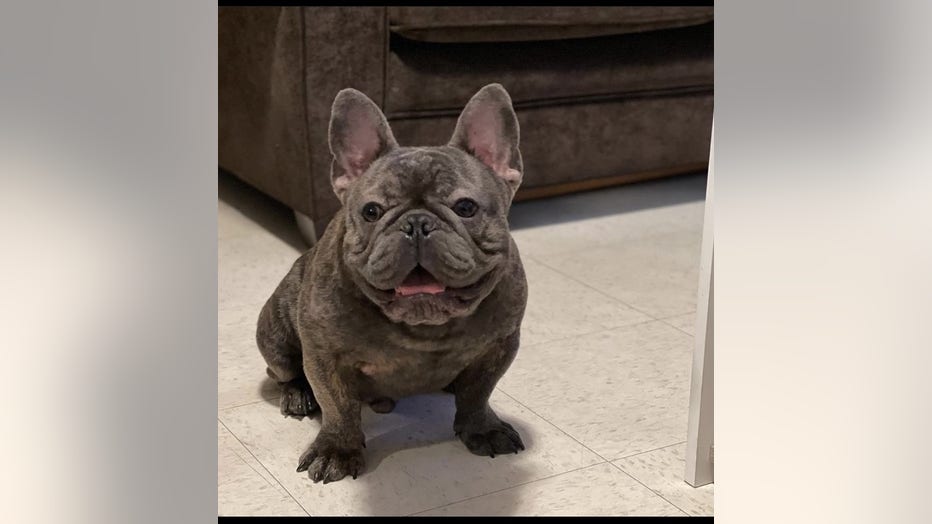 Frank Gonzalez says his dog "Blue," pictured above, was inside the car when he was carjacked outside the gas station.

The Marietta man pulled  into the gas station at around 8:30 p.m. that night to get some gas, then went to the rear of the vehicle to give his dog some water. That's when surveillance video shows the suspects' greenish-brown SUV pull up to  an adjacent pump.

The victim described what happened next.

"So as he (Blue) is drinking the water, I'm still on my knees, on one knee, and I get a tap on my back, kind of aggresive. As I get up and turn around there is a shotgun in my face."

The carjackers fled in the victim's green Dodge Charger, taking Blue with them.

Gonzalez  sufffers from PTSD. He says Blue is a registered service animal and helps ease his anxiety.  He is offering a reward, no questions asked, in hopes of getting his dog back.

Anyone with information in the case is asked to contact Dekalb County Police Department's South Investigations Unit at 404-286-7990.