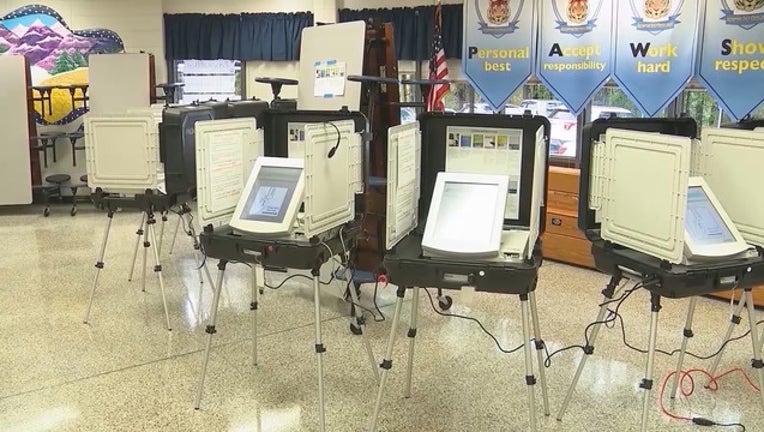 The case of whether hackers may have tampered with elections in Georgia has taken another strange turn.

Nearly two years ago, state lawyers in a closely watched election integrity lawsuit told the judge they intended to subpoena the FBI for the forensic image, or digital snapshot, the agency made of a crucial server before state election officials quietly wiped it clean. Election watchdogs want to examine the data to see if there might have been tampering, given that the server was left exposed by a gaping security hole for more than half a year.

A new email obtained by The Associated Press says state officials never did issue the subpoena, even though the judge had ordered that evidence be preserved, including from the FBI.

The FBI data is central to activists' challenge to Georgia's highly questioned, centrally administered elections system, which lacks an auditable paper trail and was run at the time by Gov. Brian Kemp, then Georgia's secretary of state.

The plaintiffs contend Kemp's handling of the wiped server is the most glaring example of mismanagement that could be hiding evidence of vote tampering. They have been fighting for access to the state's black-box voting systems and to individual voting machines, many of which they say have also been altered in violation of court order.

Marilyn Marks of the Coalition for Good Governance, a plaintiff in the case, said that if the state failed to secure the data from the FBI - despite informing U.S. District Judge Amy Totenberg in October 2017 of its intent to do so with the subpoena - it clearly has something to hide.

"If they have destroyed records then it can be presumed that those records would have shown our allegations to be true," Marks said.

Neither the Secretary of State's office nor an attorney representing it in the case, Josh Belinfante, would say why the subpoena was never filed. Nor would they say whether they had obtained the data through other means for secure safekeeping. The FBI in Atlanta also wouldn't say whether it has provided the state with a copy.

In response to a query from an attorney for the plaintiffs, Belinfante wrote in a June 27 email obtained by The Associated Press that "while a subpoena was contemplated by prior counsel, it was never sent."

In a statement Tuesday evening, Georgia's deputy secretary of state, Jordan Fuchs, called any accusation that her office has not complied with a court order "completely false," but refused further comment.

The FBI data could reveal whether hackers tampered with elections in Georgia because the server in question had a gaping security hole that went unpatched for more than six months before being publicly exposed. Data on the server included passwords used by county officials to access elections management files.

Technicians at the Center for Elections Systems at Kennesaw State University, which then ran the state's election system, erased the server's data on July 7, 2017, less than a week after the voting integrity suit was filed. After the AP reported on it three months later, Kemp denied ordering the data destruction or knowing about it in advance and called it reckless, inexcusable and inept.

But the FBI had a forensic backup, which it made in March 2017 when it investigated the security hole. The FBI has not responded to repeated requests by the AP to confirm that it continues to possess the data. FBI Atlanta spokeswoman Jenna Sellitto wouldn't say whether the FBI has examined the data on that image to determine whether any tampering or other malicious activity occurred.

The election integrity lawsuit, which entered the evidence-gathering phase in May, aims to force Georgia to immediately replace its outdated electronic touch-screen election technology with a trustworthy system with auditable paper ballots.

Under a new law signed by Kemp, Georgia plans to buy a voting system by year's end that uses electronic ballot-marking devices. Plaintiffs reject those devices as inadequate to guarantee reliable audits and recounts.

Kemp has also been accused of voter suppression. State election officials are also defendants in a lawsuit filed by an organization founded by Stacey Abrams , the Democrat he narrowly defeated last year. It claims they mismanaged the November 2018 election in ways that deprived minorities of their right to vote. Malfunctioning voting machines and long lines in districts with large minority populations are among problems it cites. Kemp denies the accusation.

Judge Totenberg has found merit in the plaintiffs' arguments that Georgia's current touch-screen voting system represents a threat to democracy, an opinion backed last year by a distinguished panel of voting security experts. But she refused last year to order a switch for the November 2018 election to hand-marked paper ballots, saying it would be too chaotic.