ATLANTA - In a black face mask and cap, activist Garrett Bess walked up driveway after driveway of million-dollar homes in suburban Atlanta on a recent afternoon, placing a flyer in each door, ringing the bell, and stepping away to make a socially distanced pitch to vote for the conservative candidates in Georgia’s pivotal U.S. Senate runoff elections.

Bess’ group, Heritage Action for America, plans to knock on half a million doors before the state’s two Jan. 5 contests that will determine whether Democrats or Republicans control the Senate.

“Everyone in Georgia knows the candidates,” said Janae Stracke, a colleague of Bess’ who also canvassed the subdivision. “There’s not a lot of convincing to do. They’ve made up their mind. It’s mostly knowing when to vote, how to vote, encouraging them to vote.” 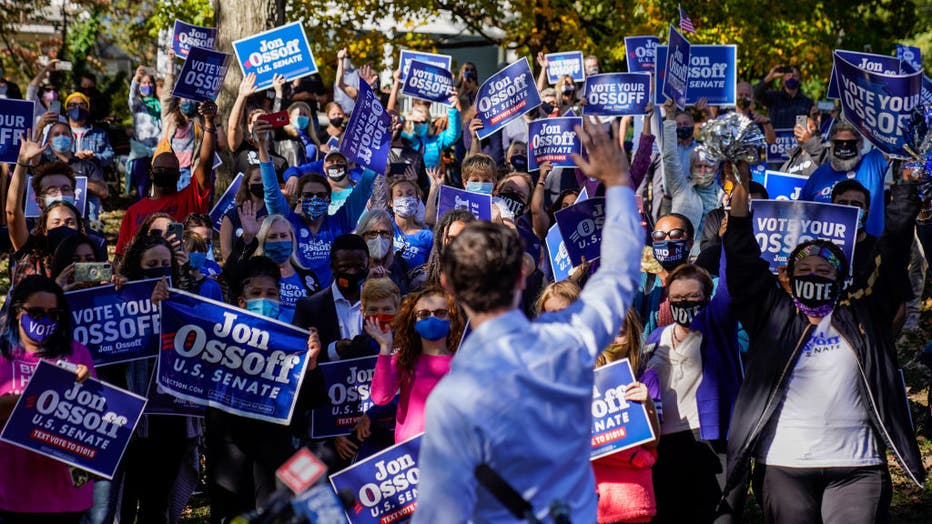 But it’s a sign of how important the two Senate elections are that both parties and independent advocacy groups are going all-in on their in-person get-out-the-vote efforts.

After the GOP lost the presidential election in Georgia for the first time in 28 years, conservatives are urging Republicans to get more aggressive with their turnout efforts in the state to match the outreach of former Democratic gubernatorial candidate Stacey Abrams.

After Abrams lost the 2018 governor’s race, she devoted herself to voter outreach, convinced that the state was a genuine battleground if Democrats galvanized young voters, minorities, and people moving in from other states. She raised millions of dollars to organize and register hundreds of thousands of voters in the state — efforts credited with helping Democrat Joe Biden win Georgia.

“Let’s not kid ourselves: This is a real race,” said Rove, who is leading fundraising efforts for the runoffs. 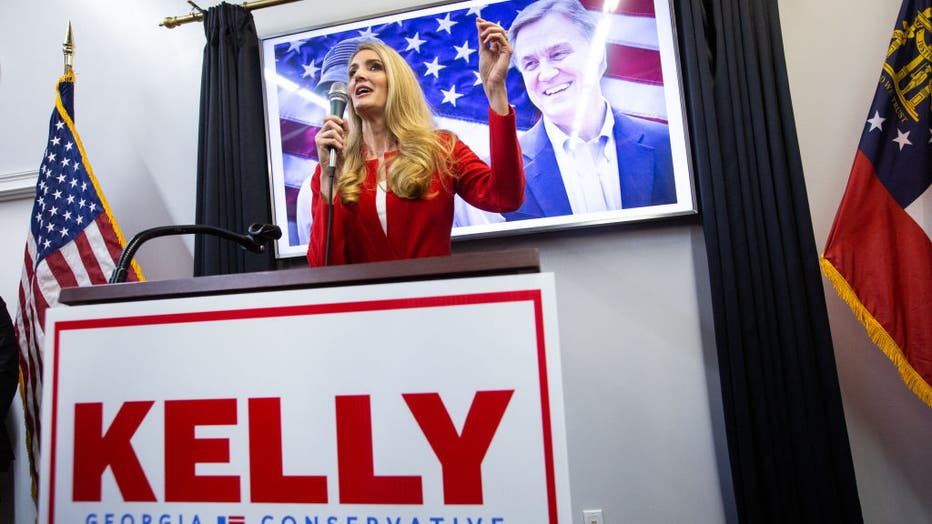 Republican U.S. Senate candidate Kelly Loeffler speaks to supporters during a Save Our Majority campaign rally with Senator Marco Rubio in Marietta, Georgia.

The National Republican Senatorial Committee expects to have 1,000 staffers on the ground in Georgia. For comparison, the Republican National Committee had a total of 3,000 paid field staff across the whole country during the presidential race.

Democrats carry their own baggage into the runoff. In many parts of the country, they limited face-to-face campaigning ahead of the Nov. 3 election because of the pandemic, arguing that was the responsible thing to do. But that decision was second-guessed in places such as Florida.

Turnout tends to drop precipitously in runoff contests in Georgia. And activists fear there might be even more of a falloff this time when the excitement of the Trump-Biden race is over. So getting voters to come back to the polls becomes more of a focus than “trying to find new voters or win over voters who voted for your opponent,” said Charles Bullock, an expert on Southern politics at the University of Georgia.

Historically, that drop-off has disproportionately affected Democrats, so the party faces strong headwinds heading into January. The Republican candidate has beaten the Democrat in seven out of eight runoff elections since 1992, including two U.S. Senate races.

Democrats have reasons for optimism after Biden’s win, but his margin of victory was tiny — less than 13,000 votes of nearly 5 million cast — and it’s been 20 years since the state elected a Democrat to the U.S. Senate.

But groups whose efforts tend to favor Democrats are charged. On Friday, representatives of the Neighborhood Assistance Corporation of America went door to door in a neighborhood just outside Atlanta encouraging people to vote for Ossoff and Warnock.

“If we don’t get those two seats in Congress, everything we did to flip Georgia blue is not going to help us,” Phyllis Morrow told a couple that pulled over in their car.

The African Methodist Episcopal Church in Georgia, which has more than 150,000 parishioners in the state, is asking members to call eligible voters in their congregations, encourage them to vote early and assist with rides if they need help getting to the polls on Jan. 5.

Bishop Reginald T. Jackson said Black voters are excited and “realize the eyes of the nation are on Georgia.”

“They know people are going to be looking to see whether or not Blacks turn out,” he said.

Ufot said the group also aims to knock on 1 million doors before the runoff, up from 500,000 before the general election and is training volunteers to take coronavirus precautions.

In Milton, Bess and Stracke were in friendly territory. The affluent, mostly white city about 30 miles north of Atlanta showed strong support for President Donald Trump in the November election. The neighborhood they canvassed last week featured manicured lawns and spacious homes set back from the street.

“Oh, you have no problem here,” Holly McCormick, 73, told Bess after he rang her doorbell. The flyers he carried warned that Georgia was the country’s “last line of defense from a socialist takeover.”

McCormick called the outcome of the presidential race “rigged” though there is no evidence of widespread fraud in the 2020 election, and she said Trump’s claims of illegal votes made her more energized to vote for Perdue and Loeffler in January.

“We have to hold the Senate,” she said.