NORCROSS, Ga. - Authorities are investigating an accident involving an overturned semi-truck at a gas station in Norcross Thursday morning.

It happened at a QT gas station along Jimmy Carter Boulevard. 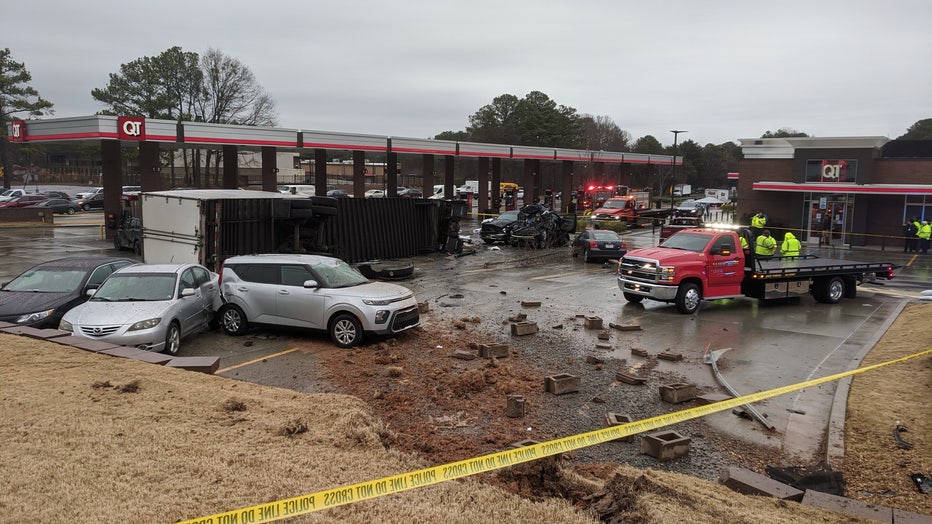 Norcross police were called to the scene shortly after 7 a.m. Thursday.

According to investigators, injuries were reported.

In addition to the semi-truck, multiple cars were involved in the wreck.

The Georgia State Patrol is investigating the crash.