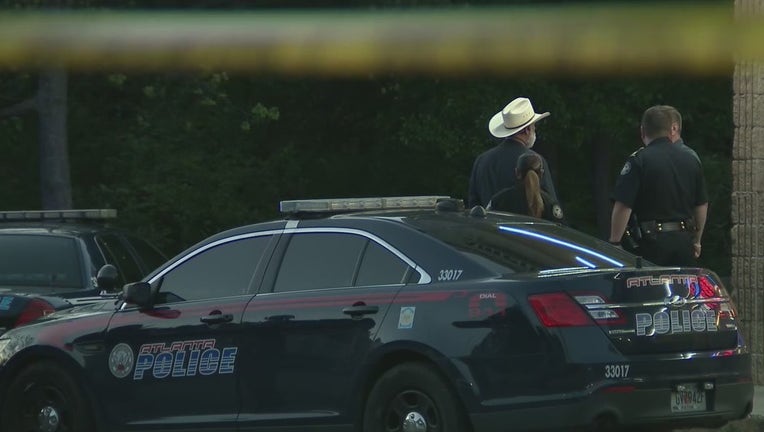 Police investigate a deadly shooting of a security guard outside a southwest Atlanta restaurant on April 18, 2022. (FOX 5)

ATLANTA - A security guard was gunned down at a southwest Atlanta restaurant on Monday evening, the Atlanta Police Department said.

Officers were called out just before 7 p.m. to the parking lot of American Wings and Seafood restaurant located at 387 Cleveland Ave SW.

Police said they found the man unconscious on the ground suffering from an apparent gunshot wound. Medics pronounced the man dead at the scene.

Investigators are still trying to determine the details surrounding the shooting as well as who is responsible.