ATLANTA - A second employee with the Transportation Security Administration at Hartsfield-Jackson Atlanta International Airport has tested positive for the COVID-19 virus.

The screening officer was last at work on March 16 and usually worked between 10 a.m. and 8:30 p.m., according to the TSA.

This is the second case at the world’s busiest airport and the 15th coronavirus case among TSA officers. 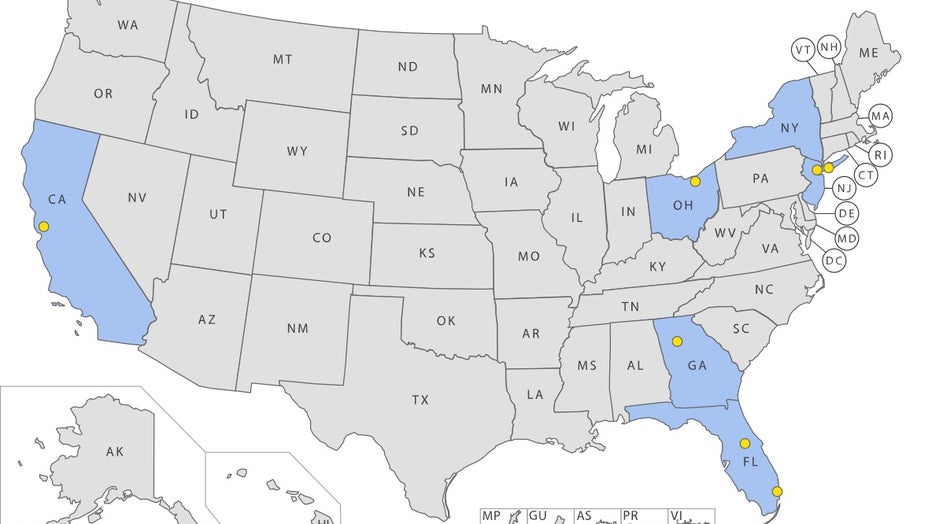 This map shows the coronavirus cases in TSA officers as of Friday, March 20, 2020 (TSA)

The previous case at Atlanta’s airport was a screening officer who worked at the International Terminal between 6 a.m. an 5 p.m. That officer last worked on March 7.

As of Friday, 13 people in Georgia had died due to the virus, bringing the total number of deaths to three. Health officials also confirmed there were 197 cases in the state since testing began.

Multiple cities in Georgia have initiated their own responses to the spread of the virus. In Atlanta, Mayor Keisha Lance Bottoms declared a state of emergency within the city limits, banning large public gatherings of more than 50 people until March 31 and signed an executive order about businesses.

On Tuesday, the South Fulton City Council said they declared a state of emergency, implementing a curfew between 9 p.m. and 7 a.m. for all residents, excluding people going to and from work, emergency personnel, essential city personnel, and people making deliveries.

Measures you can take to prevent the spread of coronavirus:

Wash your hands often with soap and water for at least 20 seconds.

Avoid touching your eyes, nose, and mouth with unwashed hands.

Stay home when you are sick.

Cover your cough or sneeze with a tissue, then throw the tissue in the trash.