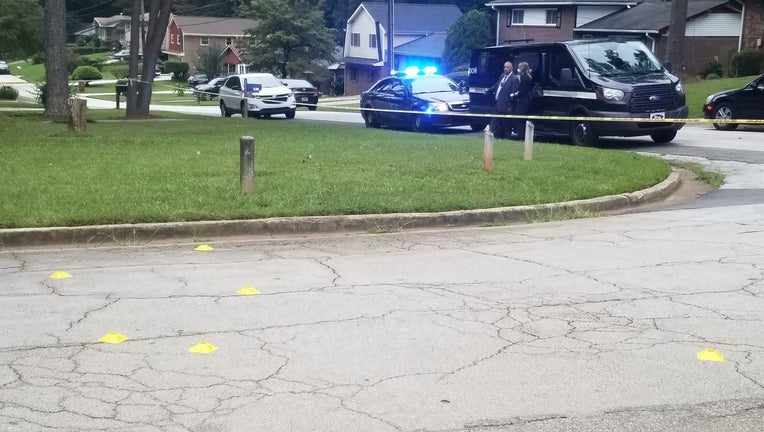 DeKalb County police surround a home in the 2500 block of Williamsburg Drive after a reported shooting on Sept. 18, 2021. (FOX 5)

DEKALB COUNTY, Ga. - Police in DeKalb County are investigating a deadly shooting at a home over the weekend.

It happened around 5 p.m. Saturday at a home in the 2500 block of Williamsburg Drive near Lloyd Road. DeKalb County police said officers arrived to find a man who suffered from at least one gunshot wound.

The man was rushed to an area hospital where they later died.

Investigators have not been able to identify a suspect in the case.