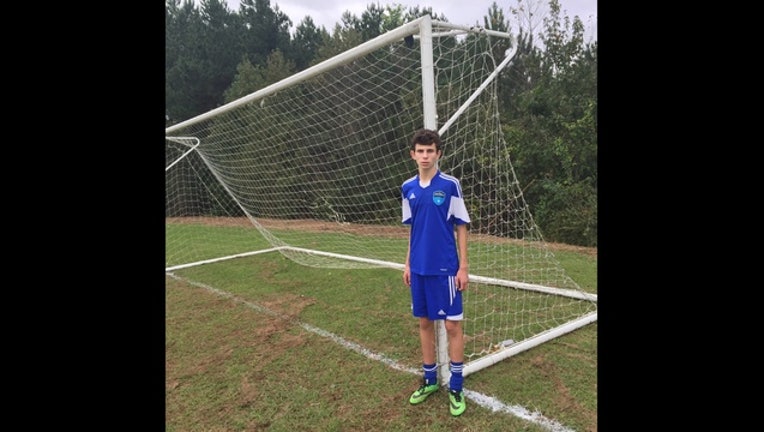 Jake Galoant is able to play soccer, be active, despite a mild curvature in his spine.

ATLANTA - Scoliosis, or a curvature of the spine, affects almost 7 million people in the U.S. It's most common in children, especially girls, going through growth cycles.

High school soccer player Jack Galoant knew almost nothing about scoliosis until he was diagnosed with it.

And his doctor, Dr. Nicholas Fletcher, Assistant Professor of Orthopedic Surgery at The Emory School of Medicine,  says there is lots of misinformation about what causes the spine to become curved.  Fletcher says, "Some of the biggest myths are that scoliosis is caused by heavy backpacks, that scoliosis is related to bad posture. None of which has been shown."

Dr. Fletcher says scoliosis can run in family, especially on the female side of the family tree.  Some infants are born with a curved spine.  But, Fletcher says, "By and large, for the majority children and teens with scoliosis, we don't have a good reason as to why they develop it."

Olivia's brace is designed to keep the curve from increasing as she grows. Jake relies on physical therapy- based exercises.  Jake says, "I just have to be more mindful when I bend down to pick up stuff. I can't bend my back, I just have to figure out ways to do things without bending my back."

As we age, Dr. Fletcher says we can develop degenerative scoliosis, which is linked to weakness and arthritis in the spine, and changes and balance and posture.

Jake says his scoliosis is so mild, it hasn't slowed him down on the soccer pitch.  And Dr. Fletcher says there's no evidence physical exercise is harmful for children with spinal curvatures.  He says,  "If anything, I think that increasingly core strength and cardiovascular fitness can do nothing but help with scoliosis. So, we actually like kids to be active."