Suspect not shot but is tackled

SANTA ROSA, Calif. - A Santa Rosa police officer fired three shots at a suspect who brandished what he thought was a rifle, though it turned out that the object was just an umbrella.

Lt. Dan Marinicik said in a news release that the event is being investigated by the department’s violent crimes investigations team. He identified the suspect as Joshua Oceguera, 24. He was arrested on suspicion of making a criminal threat, a felony, and brandishing an imitation firearm, a misdemeanor, jail records show.

As of Monday, he was still in custody on $30,000 bail and is scheduled to appear in court on Tuesday afternoon. Efforts to determine if Oceguera had an attorney were not immediately successful.

On Saturday, Marincik said that seven people called dispatch on about 12:30 p.m., all reporting a “suspicious individual” near Guerneville Road and Fulton Road.  Several callers reported that the person had a gun and was pointing it at people and cars.

Officers say they received reports that the man was holding a rifle. He was arrested on charges of making criminal threats and brandishing a weapon.

When officers arrived, they said the suspect was “non-compliant and at one point brandished what the officer believed was a rifle.”

"We later learned that the item the suspect had brandished was a black umbrella," Marincik said.

Police did not provide body camera video or a photo of the umbrella. "Under AB 748 and SB 1421, any related body worn camera and investigative reports that fall under those categories will be released at a future date," Marincik said in an email, referring to two laws that mandate the eventual release of such information.

The officer fired three rounds from his department-issued rifle, Marincik said. The rounds did not strike the suspect and no one was “seriously injured,” though Marincik did not explain in detail what that meant.

The suspect then ran away from the officer, who chased him and tackled him to the ground a short distance later.  The officer took the suspect into custody.

Marincik said the officer, who has less then two years on the force, is on paid administrative leave. The officer will be interviewed this week and the department will likely release his name "in the next day or two." 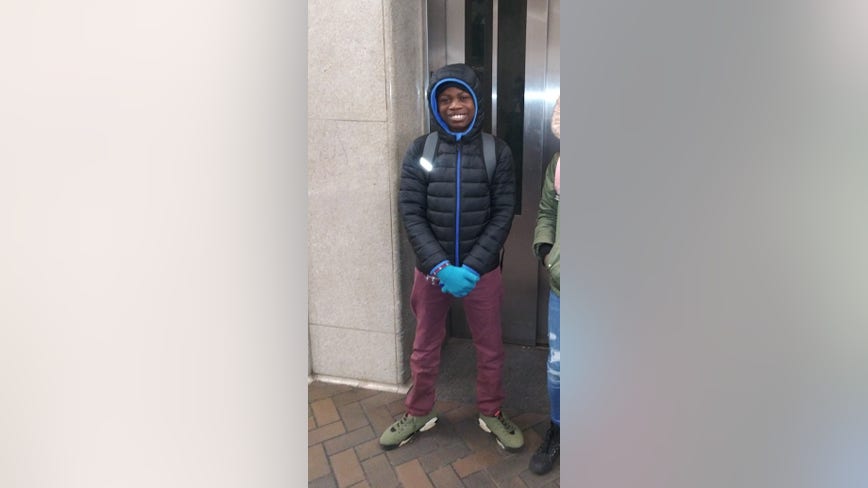