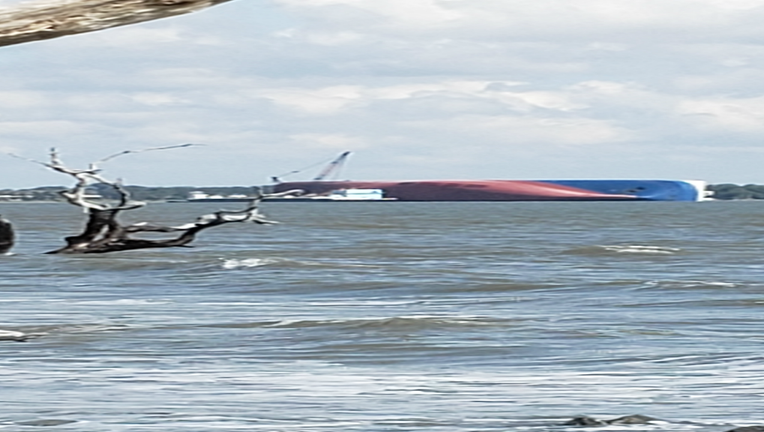 View of Golden Ray from Driftwood Beach on Jekyll Island

BRUNSWICK, Ga. - While the cargo ship Golden Ray remains on its side in the St. Simons Sound, officials with the St. Simons Sound Unified Command (UC) say progress is being made as salvage teams remove fuel from the capsized vessel.  As of Sunday night, more than 74,000 gallons of fuel have been removed from the ships' fuel tanks.

In the meantime, skimmers are on standby to respond to any potential discharges from the ship. To date, approximately 5,300 feet of boom is currently deployed to protective sensitive marsh areas and survey teams are monitoring the shorelines for possible impact.

"Department of Natural Resources and the entire Unified Command are deeply concerned by any pollution impacts. UC teams are on scene to respond to discharged oil and work quickly and safely to protect the St. Simons Sound," said Jed Hewitt, Georgia Environmental Protection Division. 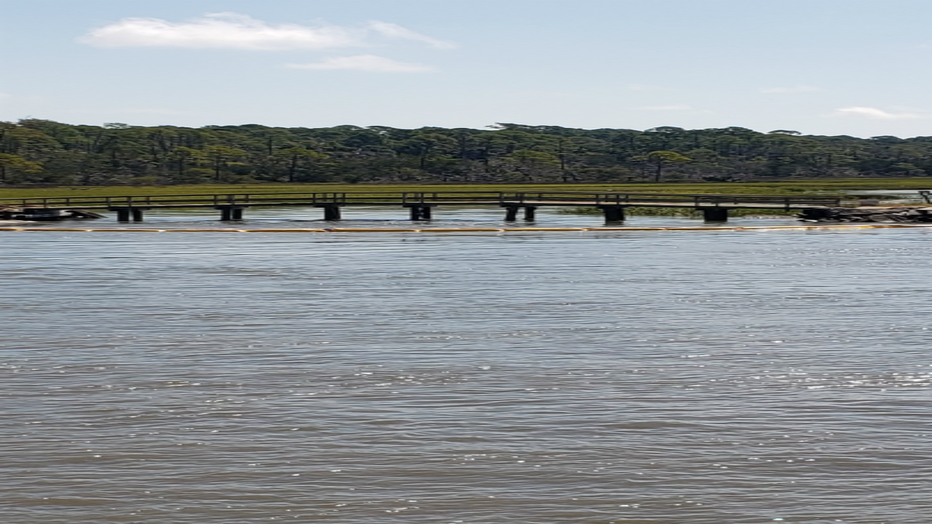 Locals and visitors continue to watch and take photographs of the huge ship situated just to the south of the shipping channel in St. Simons Sound.   Commercial traffic has resumed on a case by case basis with several cargo carriers making port calls since the Golden Ray capsized early in the morning on September 8th. 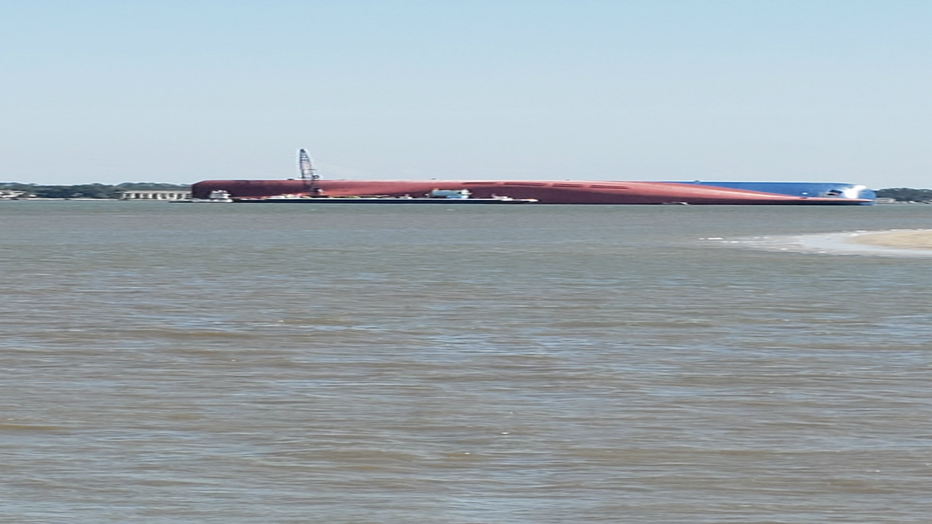 The investigation into the incident is ongoing by the United States Coast Guard and the National Transportation Safety Board.