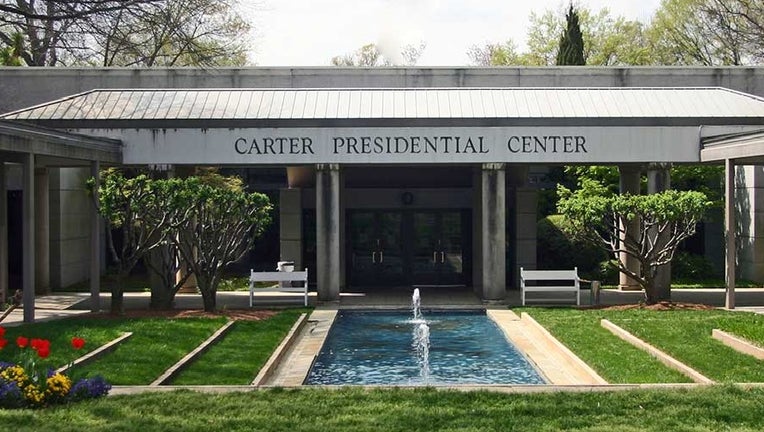 The Jimmy Carter Presidential Library and Museum in Atlanta.

ATLANTA - The Carter Center has joined a growing list of world leaders and organizations condemning Russians decision to invade Ukraine.

The Atlanta-based nongovernmental organization in a statement released late Wednesday wrote that "Russian President Vladimir Putin’s decision to send troops into the sovereign nation of Ukraine, a clear violation of international law and the human rights of the Ukrainian people."

The not-for-profit joined a growing chorus calling for "Russia to immediately withdraw its forces" and find a diplomatic end to the crisis.

"Russia’s invasion of Ukraine and Putin’s recognition of two areas of Ukraine as independent states undermines fundamental democratic principles and exacerbates a humanitarian crisis that began with its annexation of Crimea in 2014. Conflict caused by Russian-backed separatists has already led to some 14,000 deaths and forced an estimated 1.6 million Ukrainians from their homes. We stand in solidarity with the people of Ukraine, who in recent years have made great strides in strengthening their democracy and institutions, and who have the right to live free from violence and to chart their own future."