Days before the Peachtree Road Race, a Suwanee runner was critically injured in a head-on collision. Almost five years later, she's still celebrating her survival and her return to the popular 10K race.

ATLANTA - Jessica Rantamaki runs for a lot of reasons.

"Running has really been more of a mental relief for me," she says. 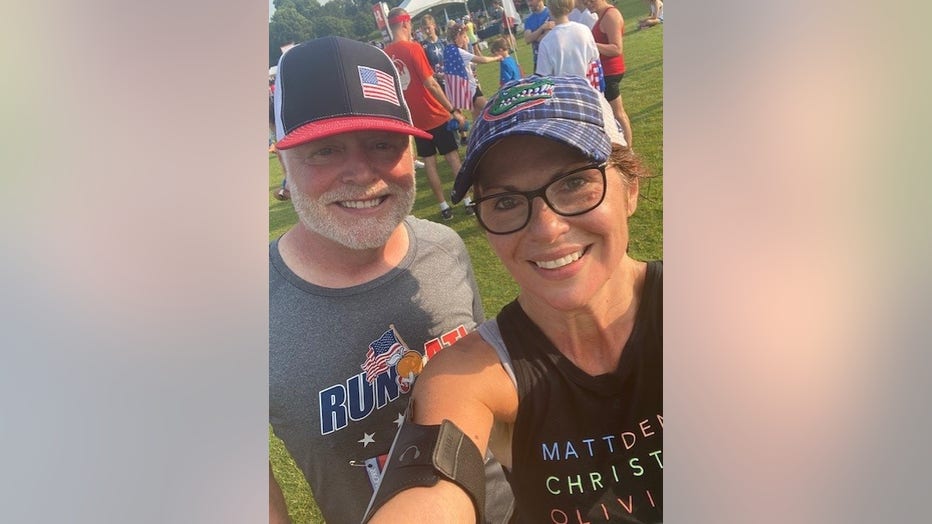 The 51-year-old business development manager for Geo-Hydro Engineers gets on her Suwanee treadmill when she needs to clear her head, burn off stress, or just move, always aware of how close she came to losing all of this.

"The memory of that event, that collision, will stick with me for the rest of my life," Rantamaki says.

She and her husband Rick were days away from running their fourth Peachtree Road Race together.

They were riding in the backseat of their friends' SUV, coming home from dinner, just 5 minutes from home. 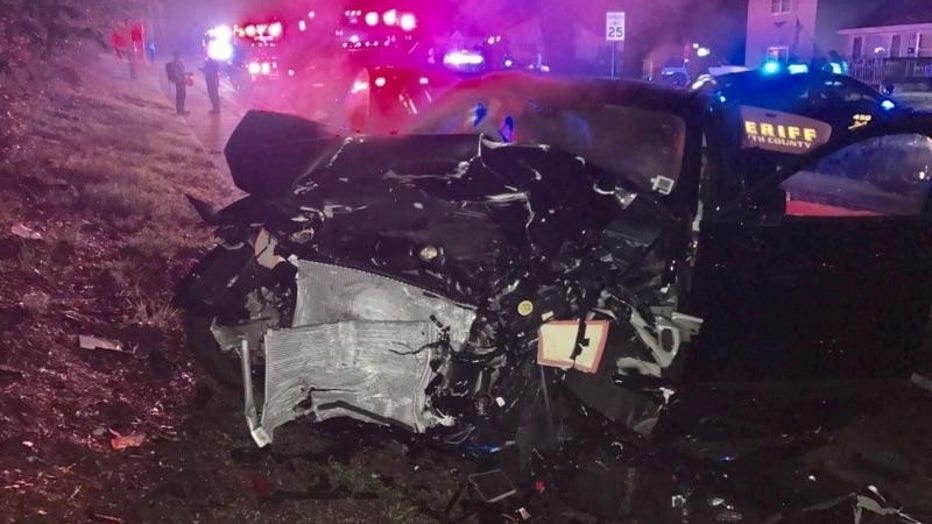 "We turned the corner, and about 20 seconds later, it felt like the car had exploded," Rantamaki remembers.

They never saw the driver of the stolen car coming, being chased by police.

He hit them head on, Jessica says, going somewhere between 80 and 90 miles an hour.

His passenger, a woman, was ejected and killed. 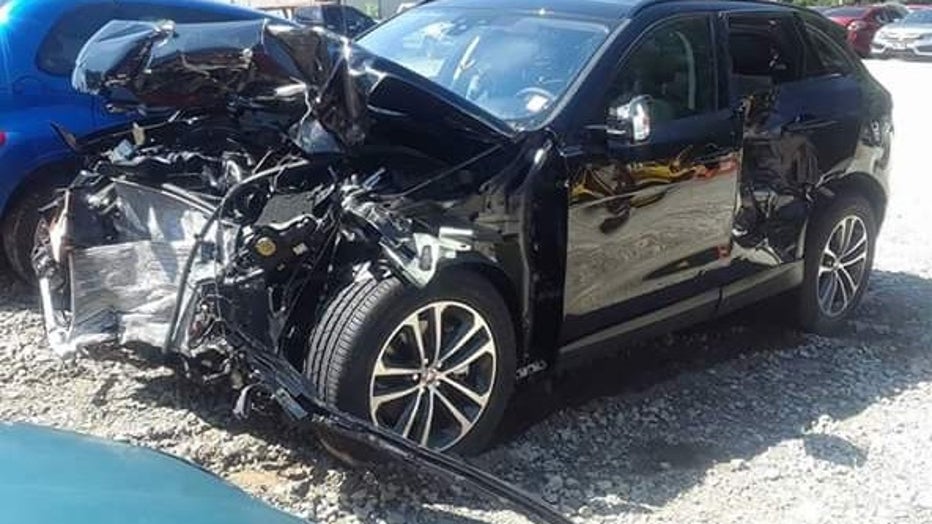 Jessica Rantamaki was critically injured when the SUV she was riding in was hit head-on by a man fleeing police in a stolen car.  (Rick Rantamaki)

"The first thing I saw out of my left eye was shattered glass, and my husband was bleeding from the head, and then I also someone's crumpled body on the street," Rantamaki says. "That image will be with me forever."

The Rantamakis were wearing seatbelts, which police told them is the reason they survived the impact.

But Jessica Rantamaki, who pinned in by her seatbelt, sensed immediately something was wrong.

"The only other thing that I remember is the piercing pain that I had in my back," she says.  "So, I knew that something had happened to my back." 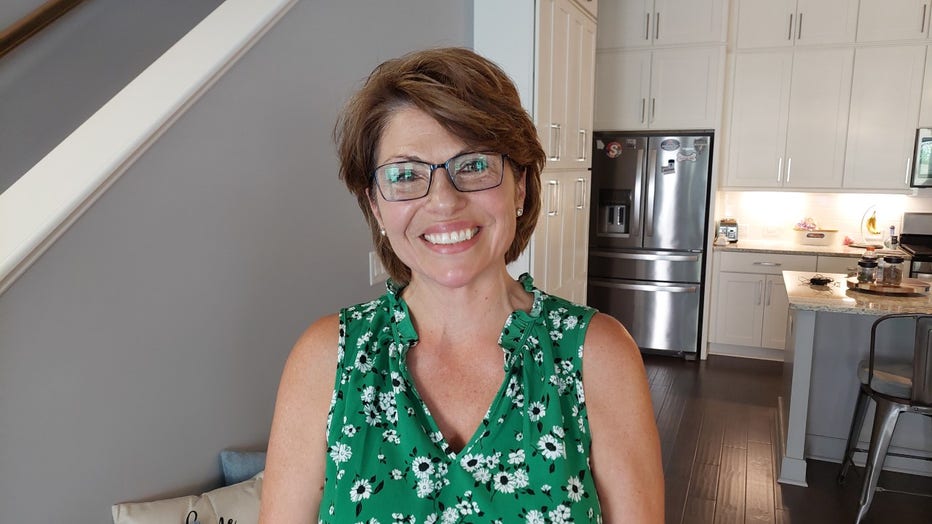 Jessica Rantamaki is running the Peachtree Road Race this year, 5 years after being critically injured in a head-on collision. (FOX 5 Atlanta)

She remembers a police officer coming to the window on her side of the mangled SUV.

She had fractured 3 vertebrae in her lower back, and the impact of the crash had torn her intestines in several places, a potentially life-threatening emergency.

That night, Rantamaki underwent a four-hour emergency surgery to repair the perforations in her intestines. 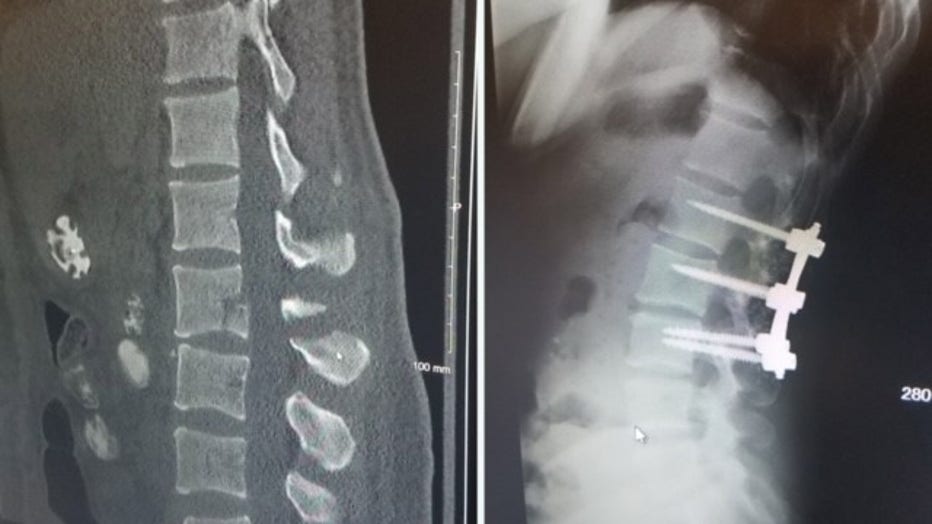 X-rays of Jessica Rantamaki's lower spine, after she was critically injured when the SUV she was riding in was hit head-on by a man fleeing police in a stolen car.

She spent the next three weeks in the hospital, in a fog of pain.

"In the hospital, I remember texting a very good friend of mine and saying, 'I don't think I'm going to make it through this.'" Rantamaki says.  "Because I was in so much pain."

Instead of running the Peachtree on July Fourth, she was struggling to stand up and take her first steps.

Her spinal surgeon told Rantamaki she would one day run again, but her body needed time to heal.

"The running, he would absolutely not let me do for 6 months," she says.
"Every conversation was, 'So, when can I run again, doctor?'"

By October, she was on a stationary bike, trying to regain the strength and the stamina she had lost.

"I felt like I was getting back to my old self, where any form of physical exercise was helping me mentally," she says.

By January, Rantamaki was cleared to run again.

"I'm doing a little bit of running and a little bit of walking on the greenaway with my dog, and then I start crying," she remembers.  "And, there were plenty of people out there, and I'm sure they thought something was wrong, but it was really tears of joy.

Only July 4, 2018, a year and 3 days after the collision, Jessica and Rick Rantamaki ran the Peachtree again, only this time, she says, it felt like everything was in Technicolor. 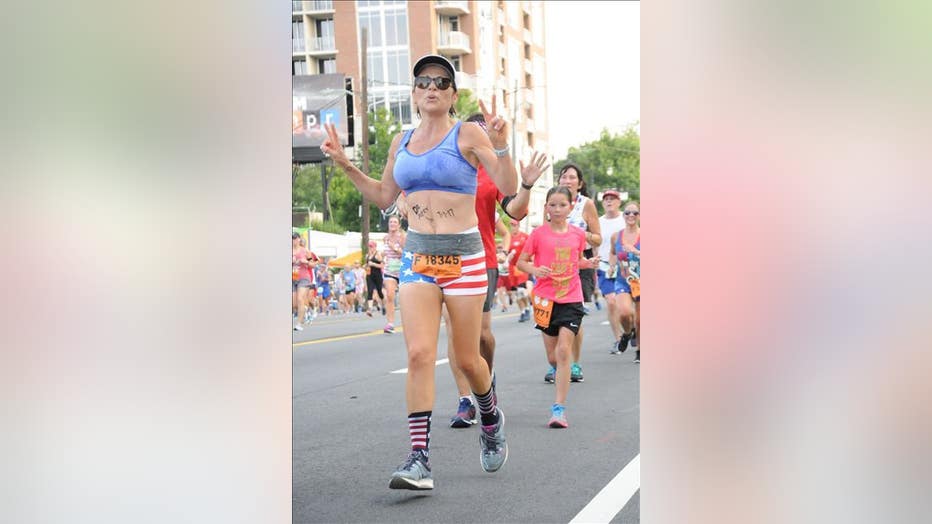 Jessica Rantamaki runs the Peachtree Road Race July 4, 2018, a year and 3 days after being critically injured in a head-on collision.

"The weather was great, I don't know if the sun was shining brighter that day," she smiles. "Almost every day after the accident, the sun does shine brighter to me." 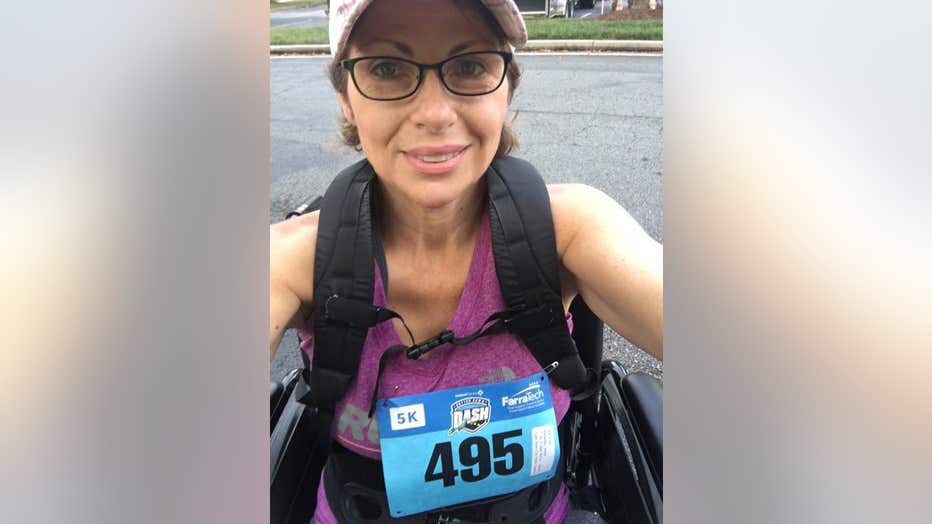 Jessica Rantamaki was critically injured when the SUV she was riding in was hit head-on by a man fleeing police in a stolen car.

She passed the Shepherd Center, where spinal cord injury patients and health care workers, line the curb, to watch the 60,000 runners go by.

"I used to wave," Rantamaki says.

But this time, she stopped to spoke with patients beginning their own recoveries.

"I felt like I was running for all of them," Rantamaki says.  "For me, it's a privilege to just walk on two feet.  I have a whole different appreciation for a lot of things in life."