A friendly exchange with a customer turned out to be life-changing for this Roswell restaurant.

ROSWELL, Ga. - A friendly exchange with a customer turned out to be life-changing for some business owners in Roswell after a fundraiser for them raises more than $1.2 million.

The family of seven behind Cristy’s Kitchen moved here from Peru in 2019. They opened their dream cafe and bakery and then, the pandemic hit. One day, owners Cristy Kisner and Sebastian Gracey shared their story with a customer. That customer turned out to be Brandon Stanton, the storyteller and creator behind "Humans of New York," a popular social media account with 20 million followers around the world.

Cristy is hard at work now, alongside her husband, Sebastian. It's their off day, but they're restocking their cases after a whirlwind week.

"Friday we probably sold a week's worth in day," Sebastian exclaims.

People were lined up outside the door of Cristy’s Kitchen after "Humans of New York" shared their inspiring story with its millions of followers. 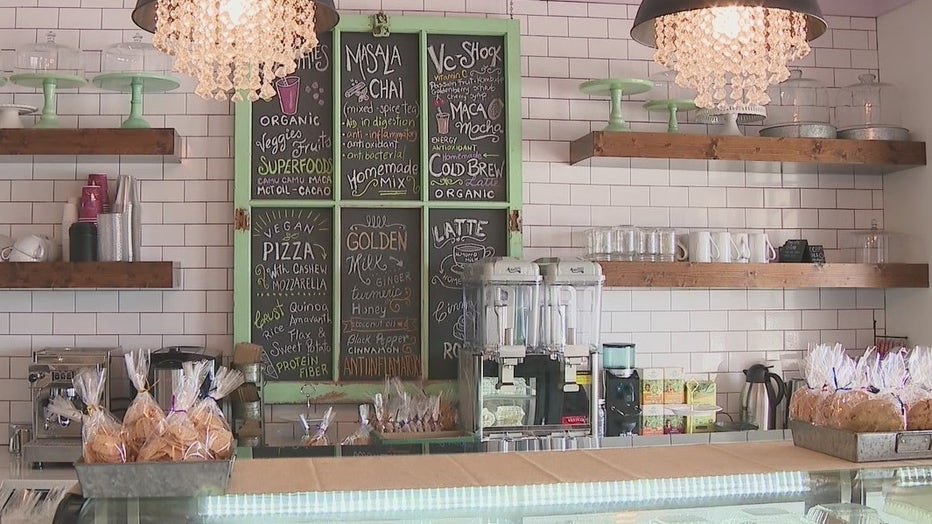 Their story, one of hard work and healthy food, resonated with people around the world. The couple and their five daughters moved to the U.S. for a fresh start after Sebastian suffered a heart attack and they lost their furniture business in Peru. They took the last of their money and opened Cristy’s Kitchen.

Years ago, Cristy turned to organic, gluten-free, and dairy-free dishes to help their daughter after some medical issues. Now she’s sharing her food and passion with customers eager for healthier options.

"We are not only selling muffins. We talk to the people, we hear their stories, their problems, their restrictions, and have this connection with the people, it’s amazing," says Cristy. 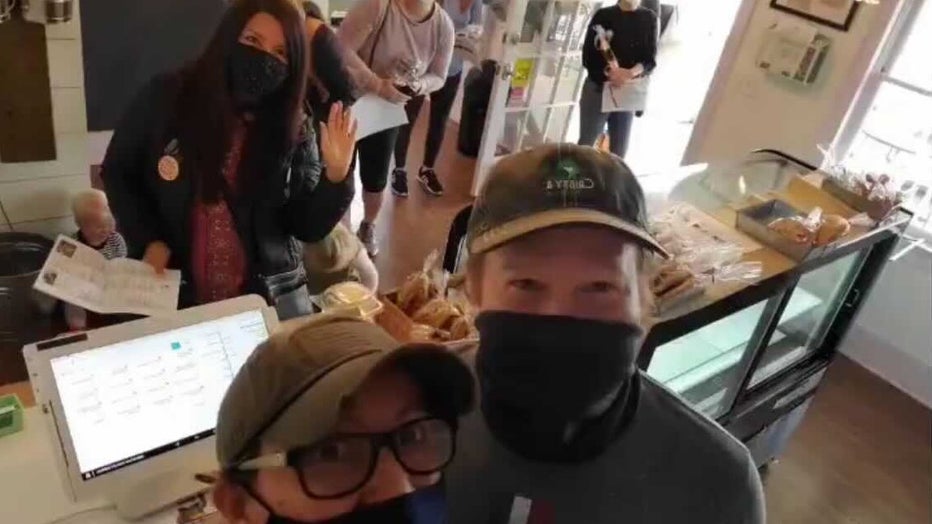 Then one day, they got to share their story with a curious customer, who just happened to be Brandon Stanton, the creator of the social media account Humans of New York.

In 12 posts, Brandon shared their story of perseverance and hope. He also shared a GoFundMe page that immediately raised more than $1.2 million dollars.

Sebastian says during some of the dark days of the pandemic, when they brought home no money, he’d cry and pray the same prayer when his family went to sleep.

A second chance to spend more time with their five daughters, to hire some employees, and to eventually take a day off to see more of what Georgia has to offer.

"The community is amazing. We have amazing customers … people that are now our friends and family here. They support us so much," Cristy says.

Cristy wants to write a cookbook to share more of her recipes with the world.

Cristy and Sebastian also say they'll use some of the money to buy a home, which was a dream they weren't sure would ever happen.

The GoFundMe page is still up here.

But if you're close by to Cristy's Kitchen in Roswell, you can also support them by stopping by and trying out some of their healthy options.