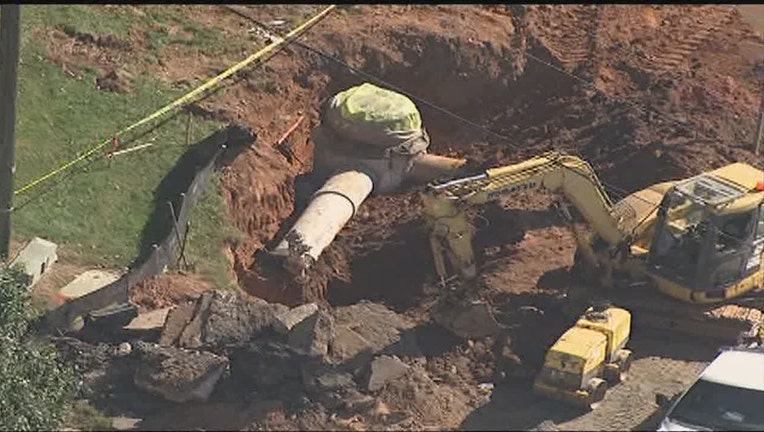 Officials say to avoid Alpharetta Highway between Wills Road and Northmeadow Parkway due to a gas line rupture.

ROSWELL, Ga. - Drivers were asked to avoid the area near a busy highway in Roswell while crews respond to a gas leak on Monday.

"A contractor unrelated to Atlanta Gas Light struck a 2-inch natural gas main near the 11000 block of Alpharetta Highway in Alpharetta while installing a storm drain; however, Atlanta Gas Light crews are now on the scene working with first responders to safely make repairs. As a result of the damage, natural gas service for approximately 100 customers has been temporarily disconnected. We will work as safely and swiftly as possible to make repairs and restore service."

SKY FOX 5 flew over the scene and saw an excavator that appeared to be working near an exposed pipe in a roadside ditch.

Officials closed all lanes until repairs are complete.

On Monday morning, the Georgia Department of Transportation reported road work in that area that would block one of five lanes at Upper Hembree Road until 3 p.m.

Just before 9 p.m., Atlanta Gas Light said repairs were complete and less than 10 customers were without service.