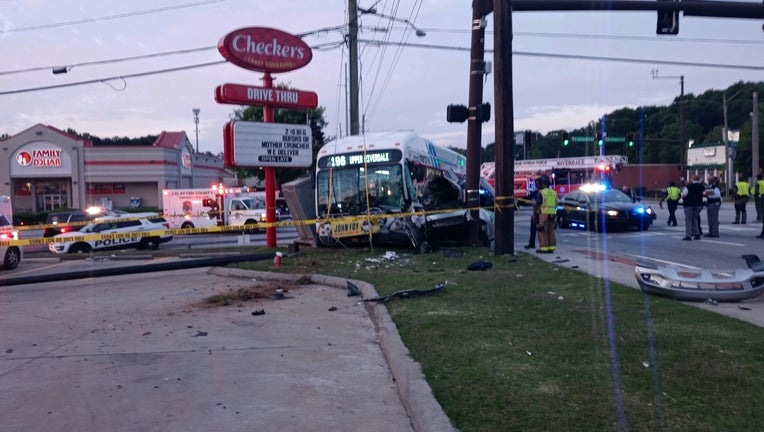 RIVERDALE, Ga. - Police are at the scene of a crash involving a MARTA bus that sent at least one person to the hospital Wednesday morning.

According to Riverdale police, a driver of a van attempted to run a light at the intersection and struck the bus. After the impact, the MARTA bus veered off and hit a pole.

Medics rushed the driver of the van to a nearby hospital. Their condition is not known at the time.

MARTA says the bus operator and a passenger were also injured in the collision.

The crash shut down all Highway 85's northbound lanes at the intersection. Officials recommend planning an alternative route or expecting delays.