Police are trying to determine if a shooting of an off-duty security guard after a car crash in a Buckhead Target parking lot was self-defense or a case of road rage.

ATLANTA - Atlanta police are investigating after a ride-share driver shot a man allegedly posing as an off-duty police officer and following her at around midnight on Monday.

Officers initially responded to a shots fired call at Wieuca Road and Roxboro Road in Buckhead just after midnight.

According to investigators, a woman at the scene claimed she was being followed by a man after dropping off a passenger at a motel on Cheshire Bridge Road. The man, 21-year-old Tyriq Qwadere Wiggins-Younger, allegedly tried to use his car to block her in. The woman drove away and police said Wiggins-Younger followed her, which caused her to lose control and both vehicles crashed in front of the Buckhead Target.

"In this case we do believe the person in the vehicle was scared and just trying to get away from this person," APD Major Carlo Peek said. 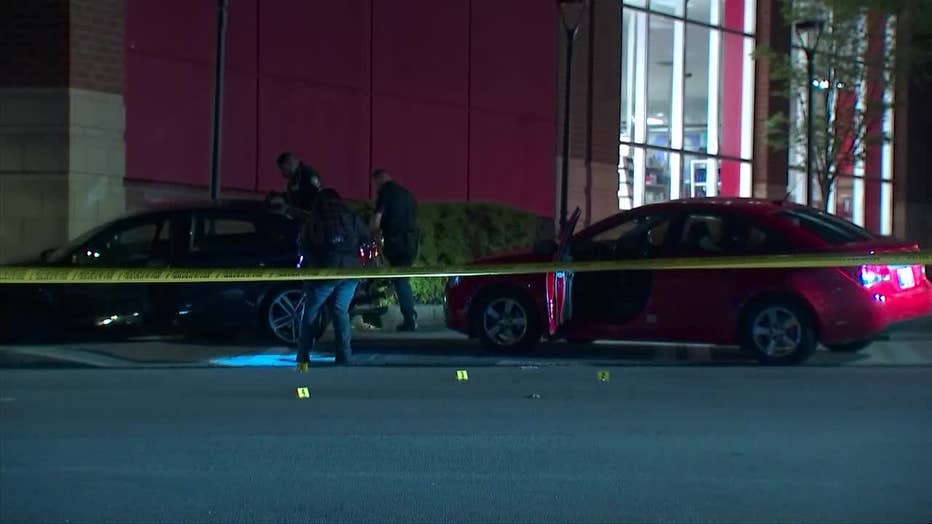 Police said Wiggins-Younger was arrested and taken to Grady Memorial Hospital in stable condition. He faces aggravated assault, impersonating an officer, possession of cocaine, possession of marijuana and possession of drug-related objects.

Police said they will move him to Fulton County Jail when he's released from the hospital.

Police have not explained if the ride-share driver is facing charges.