ATLANTA - Virtual learning, a canceled retirement party, and a farewell phone call -- this was not how Corinthia Hayes pictured her exit from Atlanta Public Schools.

"When I got on the Zoom meeting, a couple of people said something, and that was it," Hayes recalled. "And I said, 'Well I guess that's the way it's going to end.'"

Or so she thought...

"Ms. Hayes doesn't know, but we are in front of her house," Coaxum-Young laughed, while broadcasting. Flanked by other teachers and administrators, the team called out to Hayes.

"Surely you didn't think we were just going to say goodbye to you over the Zoom meeting," Coaxum-Young said in Hayes' driveway.

No summer shower or pandemic could damper Hayes' last day or remarkable career as a teacher, taking on her first job as the only African American instructor at a high school in New York.

Hayes spent nearly five decades in the classroom, teaching in three states, with 24 years at Atlanta Public Schools. The social studies teacher impacted hundreds of lives, never wavering from her cause.

"Teaching is a calling," said Hayes. "I've wanted to be a teacher since I was 5-years old. I knew this is what I wanted to do. I wanted to have an impact on lives."

A parade of police and APS colleagues made sure Hayes knew that's exactly what she did, sending her off with a farewell message loud and clear -- thank you. 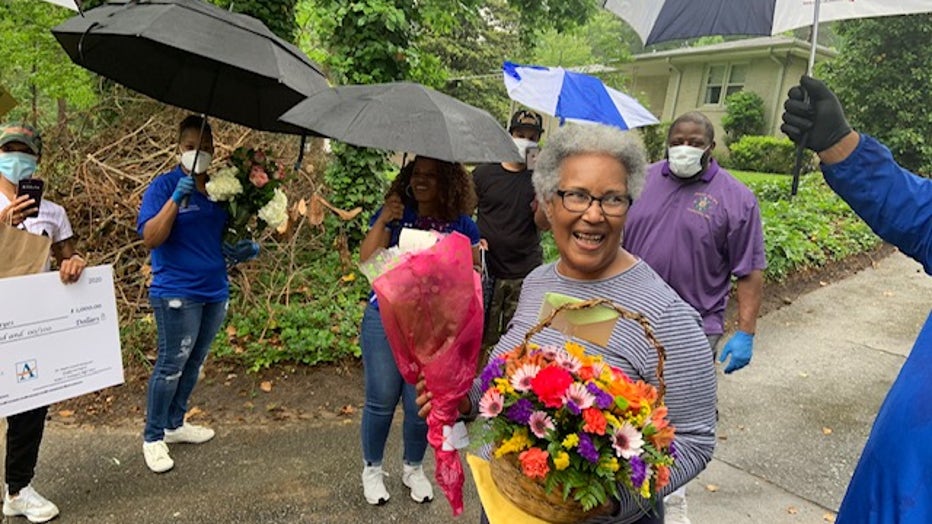 "You teach year after year, every now and then you get some type of recognition, but to have my colleagues out there and realize they appreciate what I've done, just really touched my heart," Hayes told FOX 5's Emilie Ikeda.

The moment of unity, gratitude, and closure moved even the longtime disciplinarian to tears.