Fetes de Bayonne is known in France as 'the big summer festival' and is a five-day celebration in Bayonne, a city in the southwestern part of France. Northwest Atlanta's Cooks and Soldiers restaurant is bringing that tradition to Atlanta with its own special event.

ATLANTA - It’s been a few years since we stopped by Cooks & Soldiers to join in on the Atlanta restaurant’s Fêtes de Bayonne celebration.  But now that restaurants are back up to running at full capacity, it seemed like a perfect time to make a return trip to one of our favorite summertime events.

Cooks & Soldiers will host its annual Fêtes de Bayonne this Sunday, Aug. 1 from 4 p.m. to 9 p.m. Fêtes de Bayonne is known in France as "the big summer festival" and is a five-day celebration in Bayonne, a city in the southwestern part of France.

According to the Cooks & Soldiers website, the history of Fêtes de Bayonne stretches back to the early 1930s, when the city’s rugby team decided to create a celebration similar to the one surrounding the running of the bulls in Spain. Revelers traditionally dress in red and white during the festival, and diners at Cooks & Soldiers are encouraged to do the same during this weekend’s special event at the restaurant.

Cooks & Soldiers has been one of the most popular restaurants in the city for a while, specializing in flavors from Basque Country in Spain and France. Two words you’ll hear a lot around the restaurant are Pintxos and Asador; a Pintxo is essentially a small plate dish (think of tapas) and the Asador is a wood-fired grill on which whole meats and seafood are smoked in the restaurant. 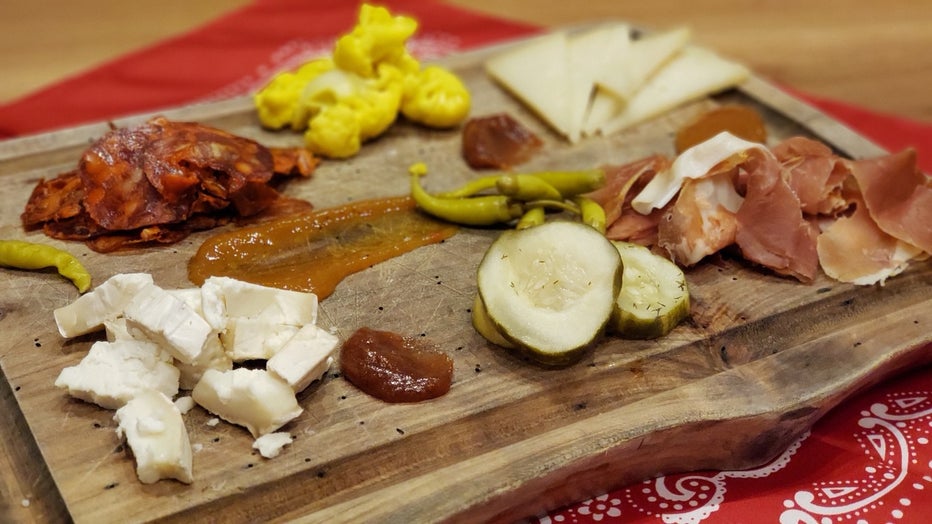 Cooks & Soldiers is located at 691 14th Street Northwest in Atlanta — and tickets for the Fêtes de Bayonne may be purchased online here. And for a special sneak preview of this weekend’s festivities, click the video player to check out our morning hanging out with the team from Cooks & Soldiers!