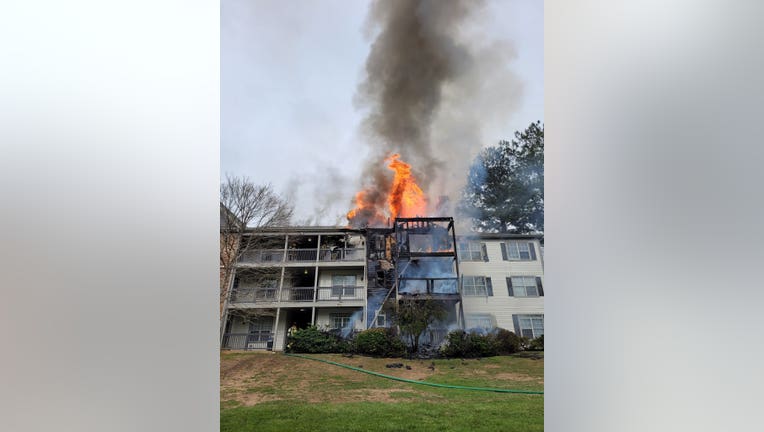 It happened at the Bridgewater Apartments at 1500 Ridge Brook Trail in Duluth a little before 6 p.m. Firefighters arrived to find flames shooting up the backside of the building and through the roof of a three-story apartment complex.

"That fire was quickly extending up into the attic and across the front of the building," said Lt. Justin Wilson, Gwinnett County Fire.

The Gwinnett County Fire and Emergency Services shared pictures showing the flames at one point, were shooting up about 50 feet into the air.

"We had crews that were fast-thinking and quickly deployed attack hose lines to the rear to try to knock down the bulk of the flames and get a handle on the fire," said Lt. Wilson. 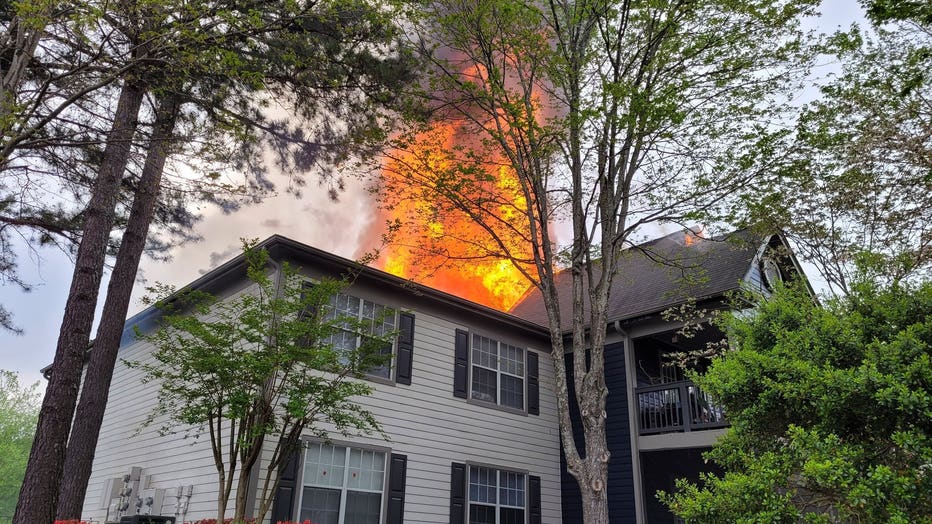 Fire crews were able to contain the fire and prevent it from jumping the building’s fire barrier.

"We got the fire knocked down at approximately 35 minutes into the scene and we had approximately 45 firefighters on scene battling this fire to get it under control," said Lt. Wilson.

Once the blaze was knocked down, firefighters went floor-by-floor and room-by-room searching for anyone inside and checking for hot spots. 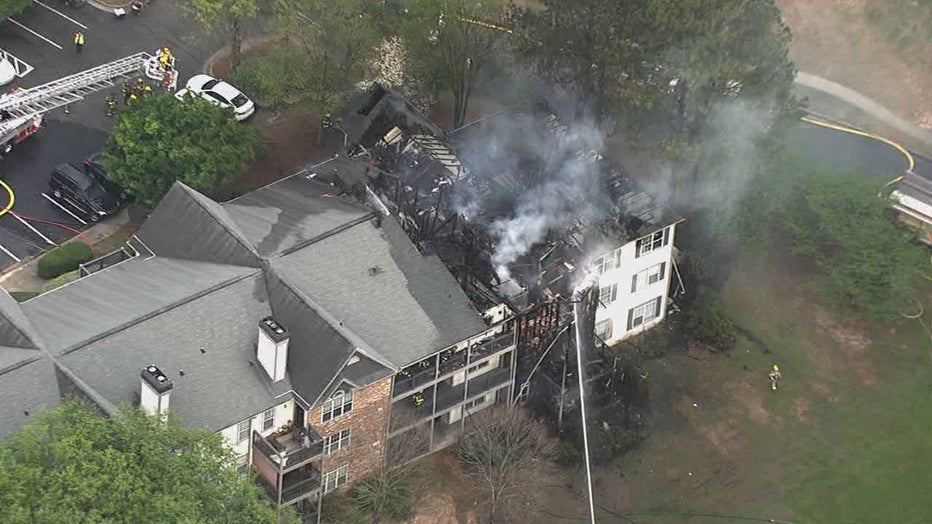 SKYFOX 5 flew over the scene around 6:20 p.m. and saw the roof over a third of the building had been eaten away by the blaze.

Red Cross volunteers said they responded to the scene to assist the residents impacted by the fire. They said 10 to 12 units were impacted displacing about 10 to 12 families. About 35 people were left homeless, volunteers said. They are assisting them with temporary lodging, food, clothing, and personal and health items. 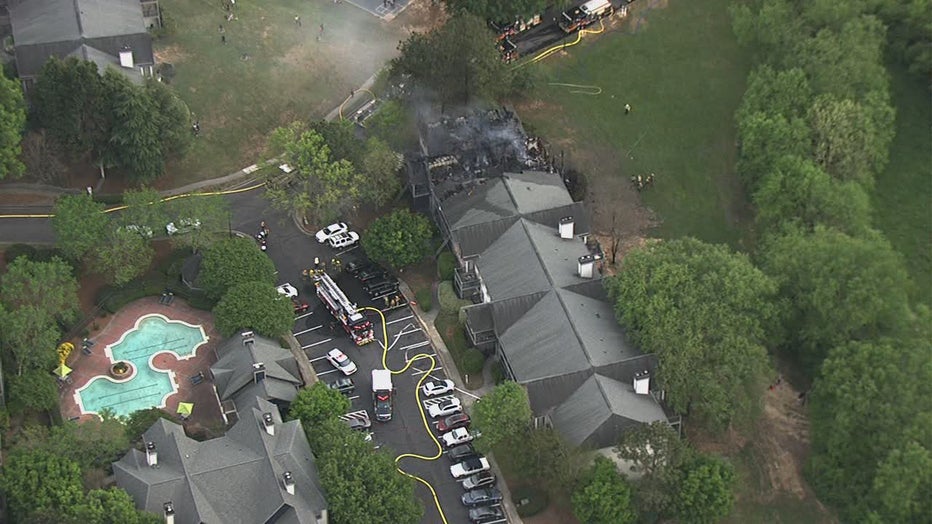 Firefighters said no one was injured.