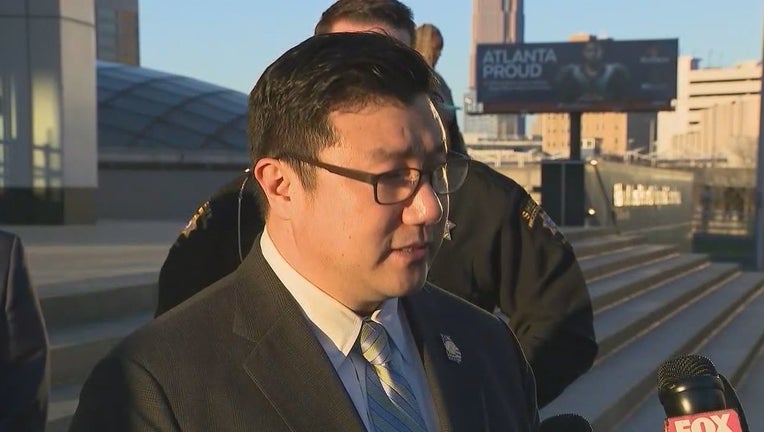 Byung J. "BJay" Pak speaks to the press following a detention hearing in Atlanta on Jan. 25, 2019. for a Georgia man accused of plotting to attack the White House. (FOX 5)

ATLANTA - The Justice Department inspector general has opened an inquiry into the abrupt departure of the U.S. attorney for the Northern District of Georgia earlier this month, according to reports.

Trump on a phone call with Georgia Secretary of State Brad Raffensperger on Jan. 4 could be heard suggesting that the state’s top election official might be able to find enough votes to reverse the outcome of the presidential race in the state in his favor. A recording of that call was obtained by FOX 5 Atlanta along with several other news organizations.

During the roughly hour-long call, Trump advanced numerous false claims. Referring to investigations into his baseless claims of voter fraud, the president said, "You have your never-Trumper U.S. attorney there."

According to the report, Inspector General Michael Horowitz is in the early stage of the investigation and has not yet spoken to Pak. It is not clear how wide the inquiry will expand.

Pak resigned in a statement, which did not disclose his reason or future plans, which read in part:

"It has been the greatest honor of my professional career to have been able to serve my fellow citizens as the U.S. Attorney for the Northern District of Georgia," Pak said in the release. "I have done my best to be thoughtful and consistent, and to provide justice for my fellow citizens in a fair, effective and efficient manner. I am grateful to President Trump and the United States Senate for the opportunity to serve, and to former Attorneys General Sessions and Barr for their leadership of the Department."

Pak was sworn in as U.S. attorney in the Atlanta-based Northern District of Georgia in October 2017 after having been appointed by Trump. Pak was a Republican state lawmaker from 2011 to 2017, had previously served as an assistant U.S. attorney from 2002 to 2008, and was working in private practice at the time of his appointment. 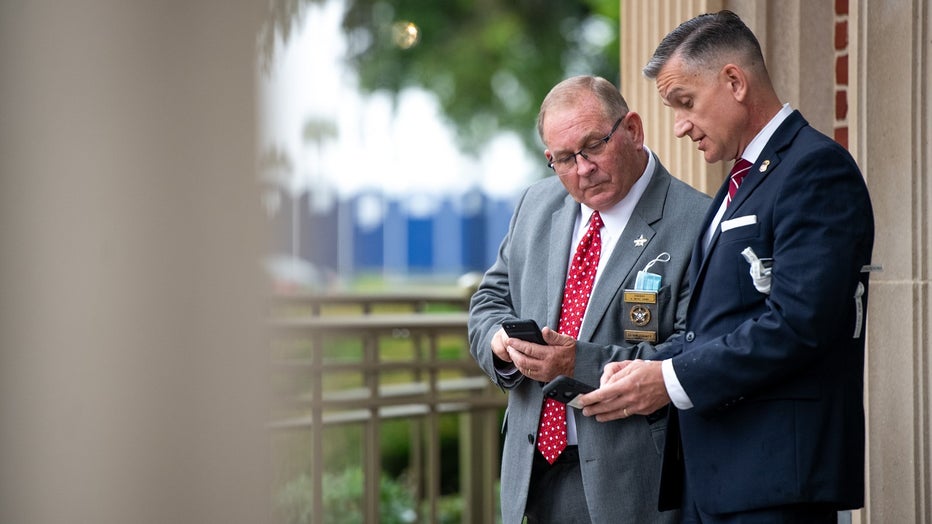 Glynn County Sheriff Neal Jump, left, talks with U.S. attorney Bobby Christine before a court appearance by Gregory and Travis McMichael, two suspects in the fatal shooting of Ahmaud Arbery, on June 4, 2020 in Brunswick, Georgia. Arbery was killed on

Trump tapped Bobby Christine, who was serving as the U.S. Attorney for the Southern District of Georgia, as Pak's acting replacement. Typically, the "acting" job would be offered to the second in command in the district, puzzling some legal experts.

The Georgia Secretary of State's Office has maintained there is no evidence that can prove widespread fraud in the state.

"Trump forced out a great US Attorney, BJ Pak because he didn’t find any vote fraud. Pak’s replacement Christie finds none either. These are law enforcement professionals w/ Federal resources at their disposal. There simply was no widespread illegal voting," read a tweet on Jan. 13 from Georgia Voter Implementation Manager Gabriel Sterling.