Georgia Congresswoman under pressure to resign

Democratic lawmakers and some Georgians are calling for the removal of Rep. Marjorie Taylor Greene from the U.S. House of Representatives.

"I will never back down. I will never give up. Because I am one of you," Greene, who has been widely criticized for her support of the conspiracy theory QAnon, tweeted on Friday afternoon.

Earlier in the day, a handful of protesters with March For Our Lives’ Georgia chapter rallied outside her office in Rome to hand-deliver more than 100,000 signatures calling for her ouster. They said her office was locked.

California Democratic Congressman Jimmy Gomez said he intends to introduce a resolution in the House of Representatives to expel her from office as soon as next Tuesday.

"Hatred does not have any part of our House of Representatives, in our country, and in public office," said protester Mina Turabi. 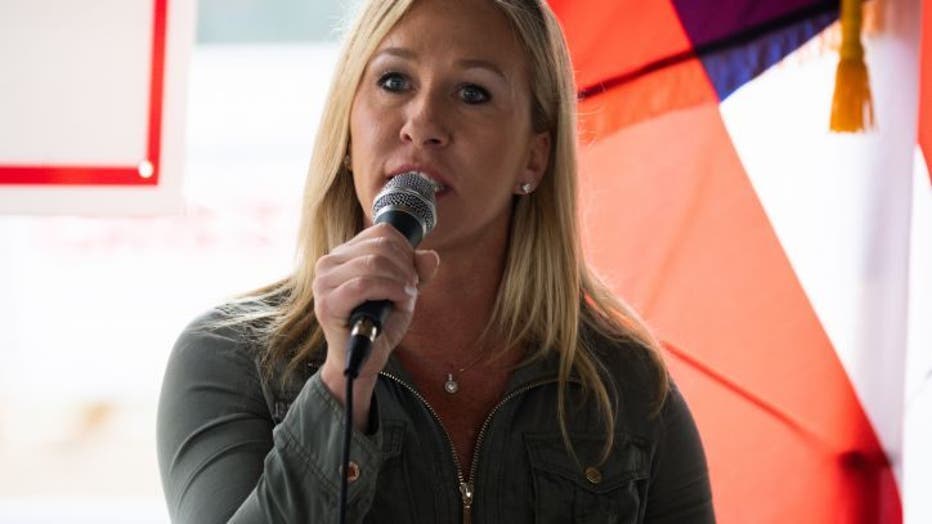 On social media, Greene has promoted numerous baseless conspiracy theories, including a post that suggested Democratic Party leaders should be executed and that the Sandy Hook and Parkland school shootings were "false flags."

The protesters outside her Rome office said she is unfit to represent the 14th District.

At a town hall meeting in Paulding County on Thursday evening, Greene condemned the insurrection at the Capitol, while still claiming that widespread voter fraud rigged the election. She called on her supporters to participate in the political process – peacefully – but critics say after the Jan. 6 riot, it’s too little, too late.

"Be activists! But do it in a good way," Greene said. "Don't burn anything down. Or attack the Capitol. Or federal buildings."

Earlier this week, two journalists were kicked out of a public event and threatened with arrest for trying to ask Greene a question.

In her statement on Friday afternoon, Greene said that she’s the victim of a "vicious cancel culture mob," but adds that she’s confident that her supporters have her back.

March For Our Lives’ put out a one-word statement in response: "Resign."

The resolution to remove her from office could be introduced on the House floor as soon as Tuesday. In order to remove her, two-thirds of the chamber must vote in favor, which would require the support of nearly 70 Republicans.