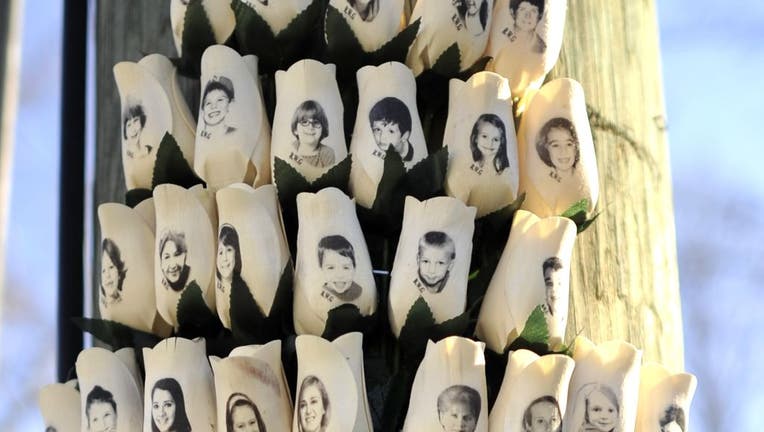 Roses with the faces of the Sandy Hook Elementry students and adults killed are seen on a pole in Newtown, Connecticut on January 3, 2013.

Twenty first-graders and six educators were killed at the school on Dec. 14, 2012.

Connecticut Gov. Ned Lamont ordered all state and U.S. flags in the state to be flown at half-staff from sunrise to sunset on Saturday in remembrance of the Newtown victims.

"The memories of the 20 young children and six educators whose lives were tragically taken on this horrible morning eight years ago will forever remain in our hearts," Lamont said on Twitter. "We can continue honoring them by performing acts of kindness, love, and humanity that brighten the lives of others."

The shooting was, at the time, the second-deadliest mass shooting in the United States.

The suspected gunman took his own life.