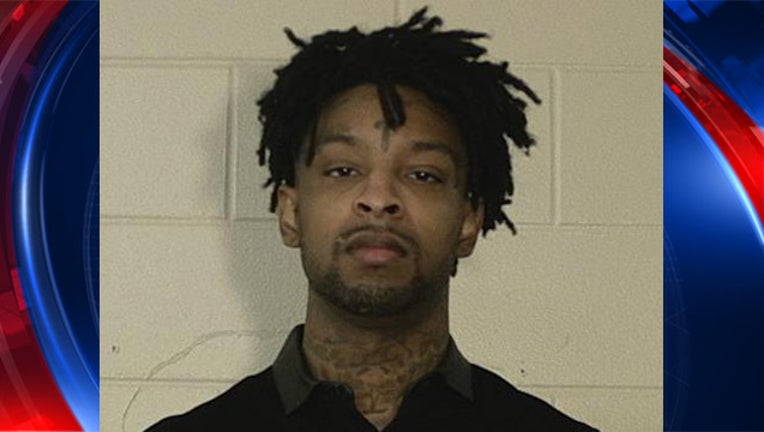 According to TMZ, the rapper, whose given name is She’yaa Bin Abraham-Joseph, is facing two new charges of possession of a schedule II controlled substance and possession of a gun in connection to his arrest in DeKalb County in February of 2019.

ICE has said the British citizen overstayed his visa and has an October 2014 felony conviction in Fulton County.

His lawyers have said the 28-year-old rapper was brought to the U.S. when he was 7 and his legal status expired in 2006 through no fault of his own. They’ve disputed that he has a felony conviction, and immigration attorney Charles Kuck said ICE lawyers backed off that claim during a previous hearing.

TMZ reports that authorities now say Abraham-Joseph threw a bottle containing codeine out of his car during the arrest and that they found a handgun inside the vehicle.

Abraham-Joseph turned himself in to the DeKalb County Sheriff's Office on Thursday and bonded out the same day. Kuck confirmed with TMZ that the charge is related to the incident from 2019 and is a state charge.

"Last night’s manufactured charges are yet another example of how our justice system, from ICE down to the local level, unjustly targets young Black men who seek to exercise their rights," Kuck said. "There is no legitimate basis for these charges nor for ICE’s continued antics, and we will fight until Mr. Joseph is justly vindicated."

The rapper's upcoming hearing in immigration court is set for November.