Police are searching for a suspect who abandoned seven puppies at a business in Griffin, Georgia. Police identified what they believed to be the suspect's car.

GRIFFIN, Ga. - Police are searching for a suspect who abandoned seven puppies at a business in Griffin, Georgia.

The Griffin Police Department shared a photo of the abandoned animals on its Facebook page Tuesday afternoon.

According to officials, on Monday morning around 9:30 a.m., someone driving a black Nissan Versa left the puppies in the parking lot of the Hobby Lobby on the 1400 block of North Expressway.

After nearby employees and patrons in the area discovered the puppies, they called police and animal control officers. 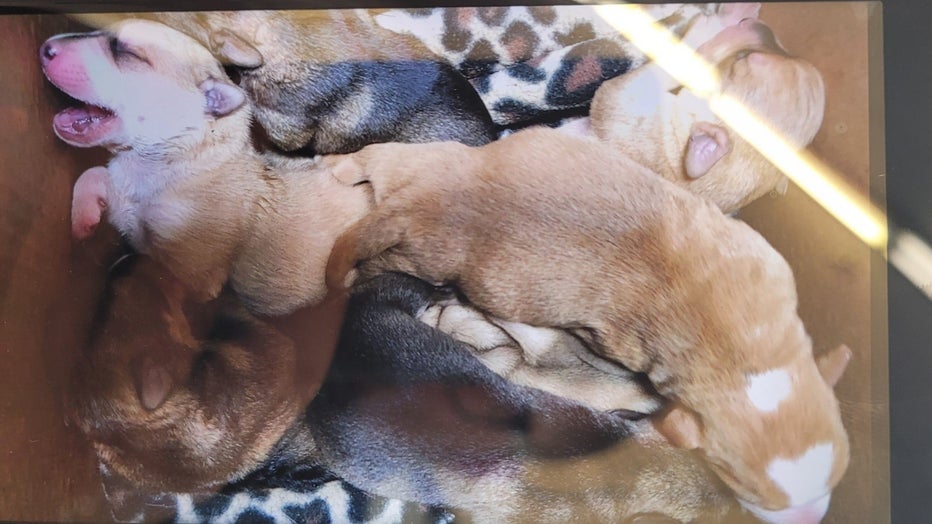 Investigators believe the puppies are about a week old.

Investigators believe the suspect was driving a 2013 to 2019 black Nissan Versa S. Police say it has front-end damage to it.

The puppies have been examined by a Griffin veterinarian, who determined they are "somewhat healthy."

If you have any information about the investigation, please call Griffin investigators at 470-771-3097.