Frontline Policy Actions held a rally under the Gold Dome on Friday, just days after a leaked Supreme Court draft decision was disclosed that seemingly poised the nation's highest court to over turn Roe v. Wade.

ATLANTA - Days after a leaked Supreme Court draft decision signaled what could be the end of federal abortion protections, pro-life advocates held a rally at the state Capitol. If the high court's decision stands, it will overturn Roe v. Wade, which was decided in 1973 and leave abortion regulations up to the states.

"Our message today to the Supreme Court is simple: hold the line. Do what is right. Correct the wrong and end the tyranny of Roe once and for all," said Cole Muzio, president of Frontline Policy Action, a Christian organization.

Dozens of politicians, activists and faith leaders took part in the two-hour event by sharing their stories and praying for change.

If the Supreme Court overturns Roe, it would pave the way for Georgia's "heartbeat" abortion ban to go into effect. The law, which would ban most abortions after six weeks of pregnancy, has been tied up in the courts since 2019. 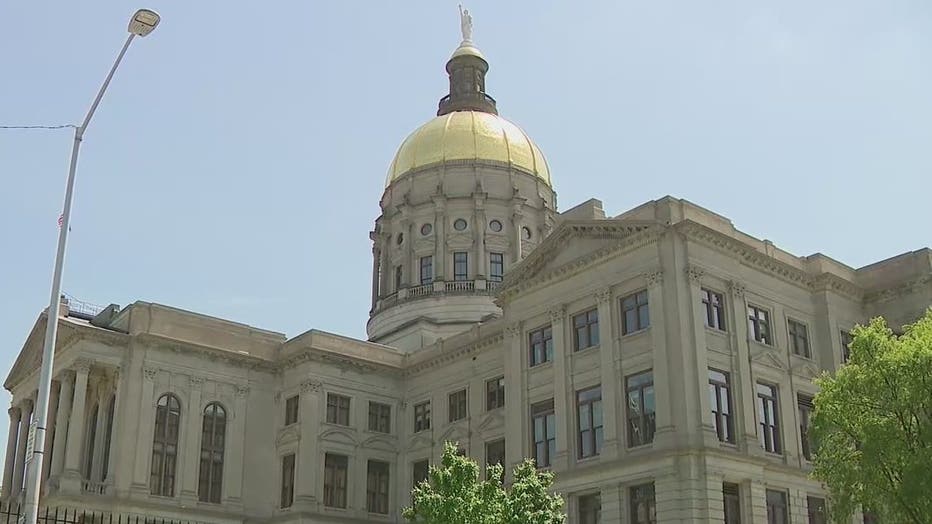 State Rep. Sherri Gilligan, R-Cumming, voted for the "heartbeat bill" and said the state has prepared for this day by passing that legislation and other bills to help remove red tape for adoptions.

The Supreme Court is not expected to issue their final decision until sometime next month.