Georgia Voting System Implementation Manager Gabriel Sterling continues to correct the record when it comes to claims about the 2020 election.

ATLANTA - Georgia counties have just one week left to complete a second recount in the 2020 presidential race and state officials once again find themselves battling misinformation about the election.

"It's like playing whack-a-mole. Every time we hear one thing, we knock it down," explained Gabriel Sterling, the voting system implementation manager for the secretary of state's office. "They first said Dominion's flipping votes. We did a hand audit. Dominion wasn't flipping votes. Well, now it's these were illegal votes that were cast. What evidence do you have of that? 'Well, we feel like it was.'"

Over the weekend, President Donald Trump's campaign requested a recount, which they have a right to do under Georgia law because the margin between Trump and Joe Biden is less than half a percent. 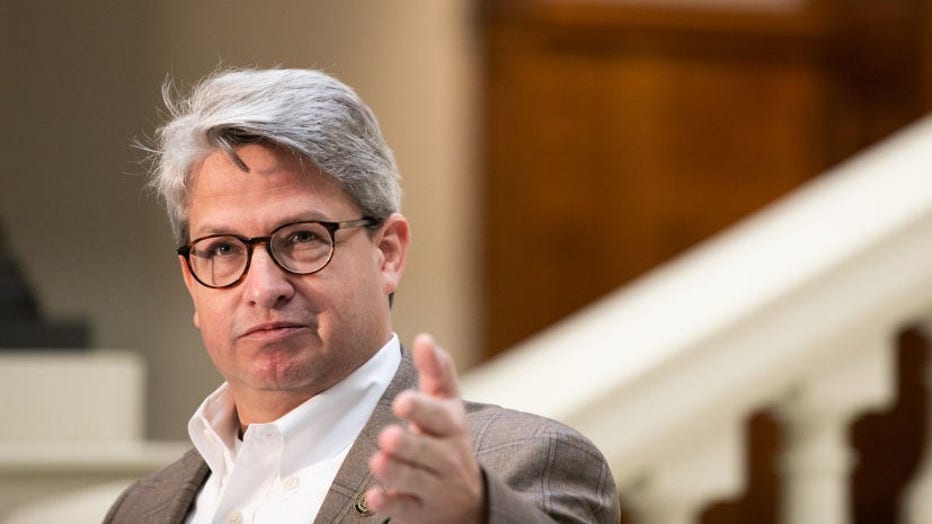 Sterling said he is hopeful that will end some of the questions about the results in that race.

"One would hope given the fact that we will have done the original count, a hand-tally confirming that count by the machine, and a third count by the machines," Sterling explained. "However, I know there are going to be people out there who really have questions about the absentee ballot process altogether."

Some have called for an audit of the signatures on absentee ballot envelopes, but Sterling pointed out that elections officials already verified voters' signatures as part of their normal procedure.

"Who's doing it? Are you going to have the same people who did it before doing it again?" Sterling asked.

He said the state is investigating some claims of improper handling of absentee ballots in a handful of counties.

"If we get that kind of evidence, we will follow the evidence," said Sterling.