Multiple social media platforms have banned President Donald Trump for the rest of his term.

ATLANTA - Social media platforms have taken unprecedented actions against the president of the United States. Facebook and Instagram have banned President Trump for the remainder of his presidency. Twitter suspended the president's account for half a day.

The social media platforms made the moves after the violence in Washington Wednesday when hundreds stormed the capitol. Facebook founder Mark Zuckerberg said it was too risky to allow Mr. Trump to use social media, saying "his decision to use his platform to condone rather than condemn the actions of his supporters at the capitol building has rightly disturbed people in the US and around the world." 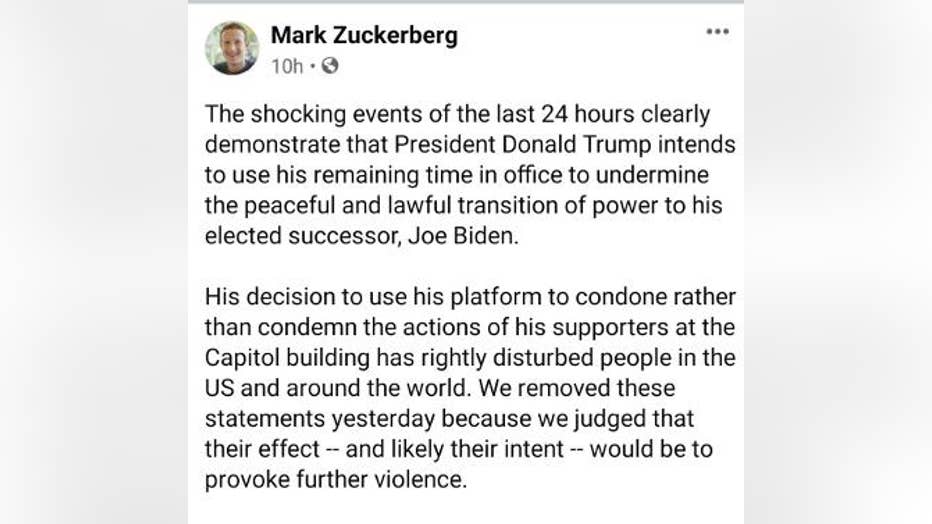 "To have the leader of the free world banned on Twitter or banned on Facebook, it is a big deal," said Joshua Azriel, professor of Journalism and Emerging Media at Kennesaw State University.

But Azriel said this is not a violation of President Trump's Freedom of Speech.

"A lot of people will say he has a First Amendment right to post what he wants on social media, and they're 100% correct. But these are private companies, they can ban him if they choose if they believe he is not following their community standards," said Azriel. 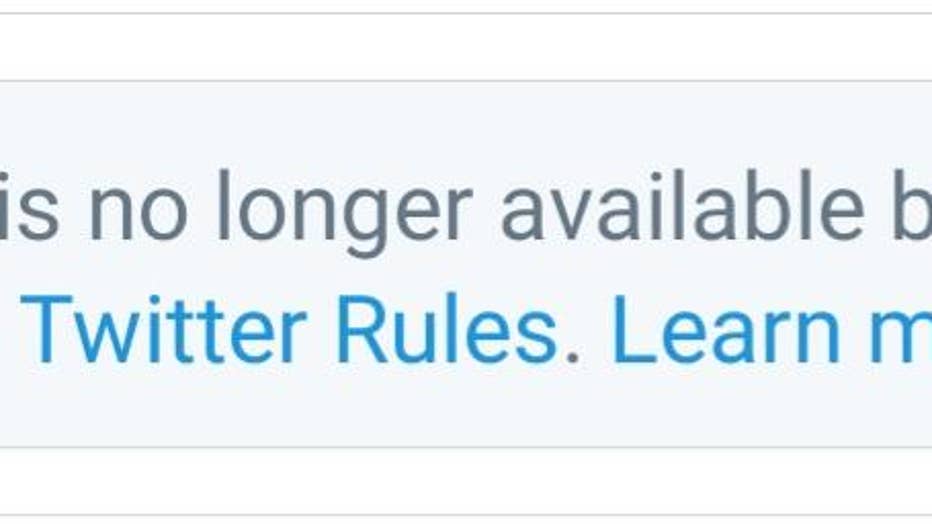 Azriel said the president has more than 88 million followers on Twitter, he could have easily used the power of social media to stop the violence at the first sign of trouble.

"It's not like we didn't physically see these people marching to the capitol.  He could have done something very quickly. After all, he has the biggest megaphone in the world," said Azriel.

Azriel said this shows how powerful social media has become in a relatively short period of time, to the point where the leader of the United States can use it to reach millions of people, and at the same time, social media platforms have the power to silence those messages.

"He is the leader of America for the next two weeks, but he's not the first person to be banned and I guarantee he won't be the last," said Azriel.

Mr. Trump's Twitter suspension was lifted Thursday, later that evening he tweeted a video saying there will be a smooth and orderly transition of power on January 20.