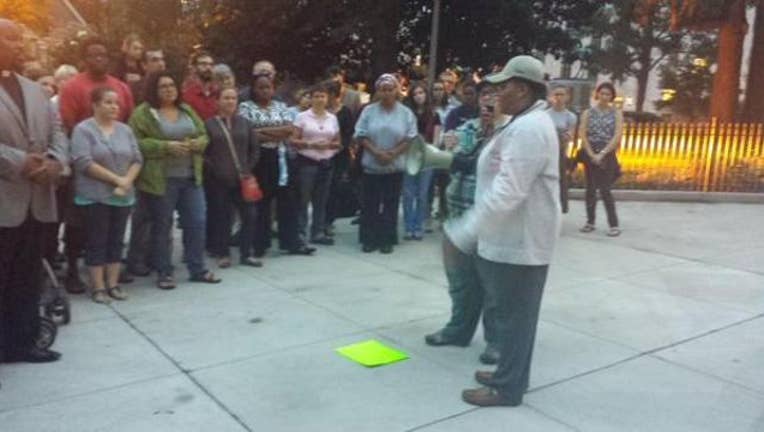 A group of about 80 people prayed for state officials to give Kelly Gissendaner clemency Monday night.

ATLANTA - More than 80 people prayed outside the State Capitol Monday night for mercy for a convicted killer.

They hope the State Board of Pardons and Paroles will spare Kelly Gissendaner's life ahead of her scheduled execution.

Gissendaner was convicted of murder in 1998 for convincing her then-boyfriend to murder her husband, Douglas Gissendaner.

The parole board will meet at 11:00 Tuesday morning just eight hours before Gissendaner is set to die by lethal injection.

"Kelly committed a crime," said Megan Chambers, who met Gissendaner in prison.  "She deserves to be in prison, but I don't believe she deserves death."

Chambers said she was one of several inmates Gissendaner has helped during her time behind bars.  Many believe Gissendaner has transformed into a new person since her conviction.

Douglas Gissendaner's family, however, asked in a statement for people to keep his life in mind.

"Kelly planned and executed Doug's murder.  She targeted him and his death was intentional.  Kelly chose to have her day in court and after hearing the facts of this case, a jury of her peers sentenced her to death," the statement read.

Chambers said that the state should consider Gissendaner's children who have now reconciled with their mother.

"Nothing the state does is ever gonna bring their father back, but by killing their mother, they're being victims again," said Chambers.