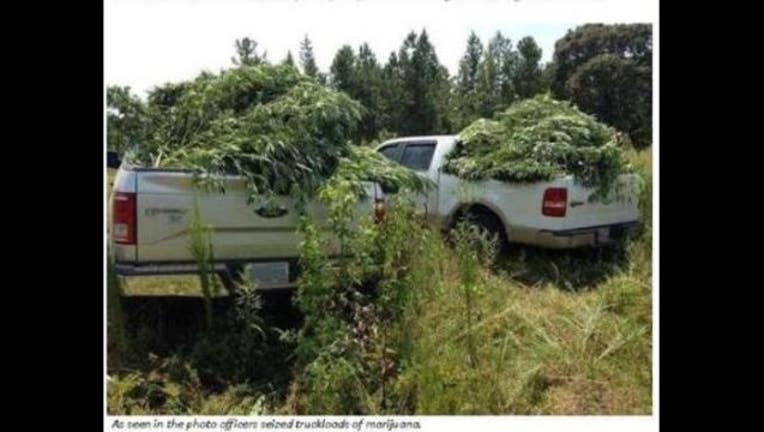 Carroll County, Ga - According to Carroll County Sheriff's Office and the Carrolton Police Department, the buzz around town is the buzz in the air. This after their joint drug task force put the kabash on several large growing operations in the area.

The officers used helicopters to pinpoint the locations of the marijuana fields and then went in and harvested several truck beds full of pot plants.

At this time investigators aren't releasing the exact location of where they confiscated the drugs but they have this message for the growers "If anyone is missing their crop and would like to make a claim, they can report in person to the Carroll County Sheriff's Office."