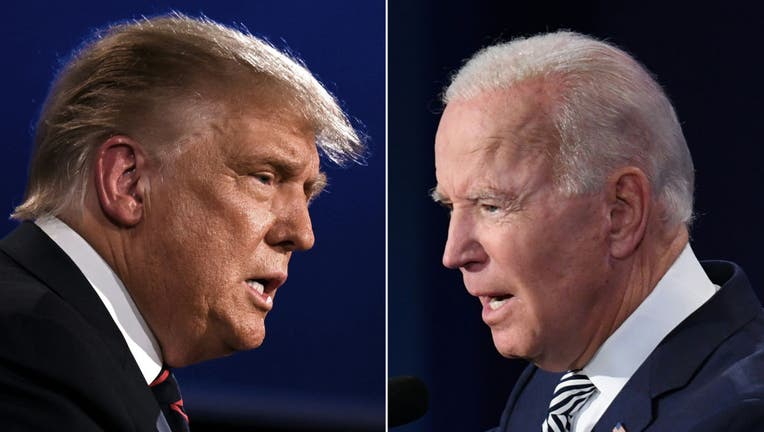 ATLANTA - Polling shows the presidential race and one of the major metro Atlanta Senate races in a dead heat nearly one week before Election Day.

According to the average polling data from Real Clear Politics, former Vice President Joe Biden is leading President Donald Trump by less than one point at 47.2% to 46.4%.

That's well within the margin of error.

In Georgia's special election, polls show Democrat Rev. Raphael Warnock leading the pack by around 10 points at 32.6%. His major opponents, Republicans Congressman Doug Collins and incumbent Sen. Kelly Loeffler, are tied at 22.6% each. Rounding up the top five in the special primary are Democrat Matt Lieberman and Ed Tarver at 8% and 2.3% respectively.

In Georgia's other Senate race, Republican incumbent Sen. David Perdue leads Democrat challenger Jon Ossoff by less than a point at 46% to 45.4% - also within the margin of error for any given poll.

Real Clear Politics also has House of Representatives races in metro Atlanta, Rep. Lucy McBath versus Karen Handel in the 6th District and Republican Rep. Rich McCormick and Democrat Carolyn Bourdeaux of the 7th District, as toss-ups as well.

As of Sunday morning, RCP's average of national polling for the presidential election shows Biden up by eight points at 50.8% to Trump's 42.8%.