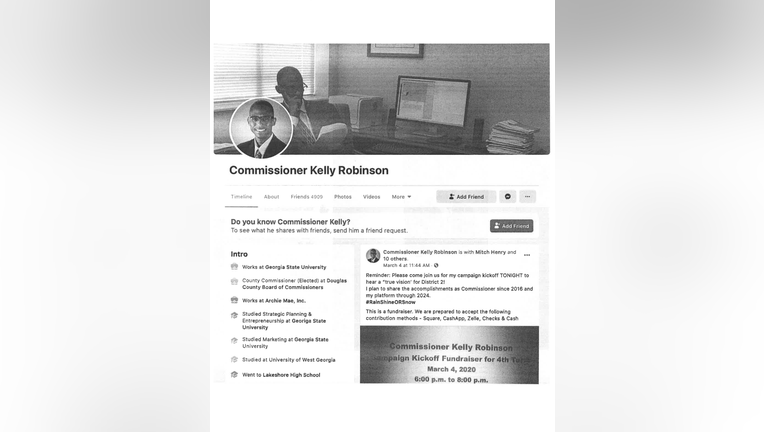 Douglas County Commissioner Kelly Robinson agreed in writing to unblock critics from this Facebook Page. Instead, he did something that would cost taxpayers thousands in legal fees.

DOUGLASVILLE, Ga. - Douglas County spent more than $160,000 in legal fees after a commissioner reneged on a promise to unblock critics from his Facebook page.

Kelly Robinson told the FOX 5 I-Team he changed his mind. He ultimately signed a second agreement.

The vice chairman of the Douglas County Commission is famous for his long speeches during meetings.

But if certain critics wanted to talk back on his Facebook page commissionerkelly.robinson, they couldn’t. According to court filings, Robinson blocked them from even seeing his page. 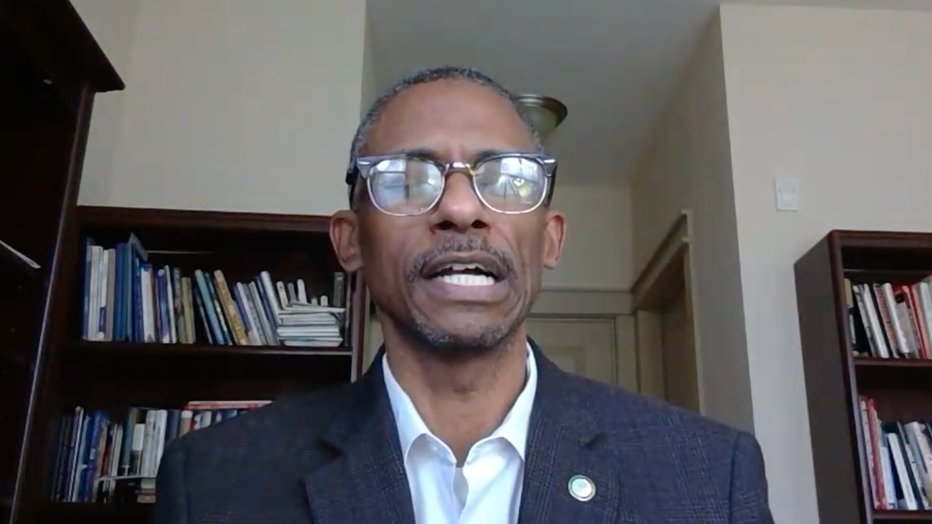 Commissioner Kelly Robinson is known for his long speeches at commission meetings. He said he doesn't usually read social media comments because he is legally blind.

"You can’t silence a person just because you don’t like their viewpoint if it’s a governmental page," explained attorney Gerry Weber.

He’s successfully challenged other elected officials in Georgia who blocked critical online comments from the public. Weber said Robinson is the only one to violate an agreement.

Most people have the right to limit who has access to their social media pages. But recent federal court rulings determined if a public official uses those pages to discuss public business, the public has a right to be there, too. 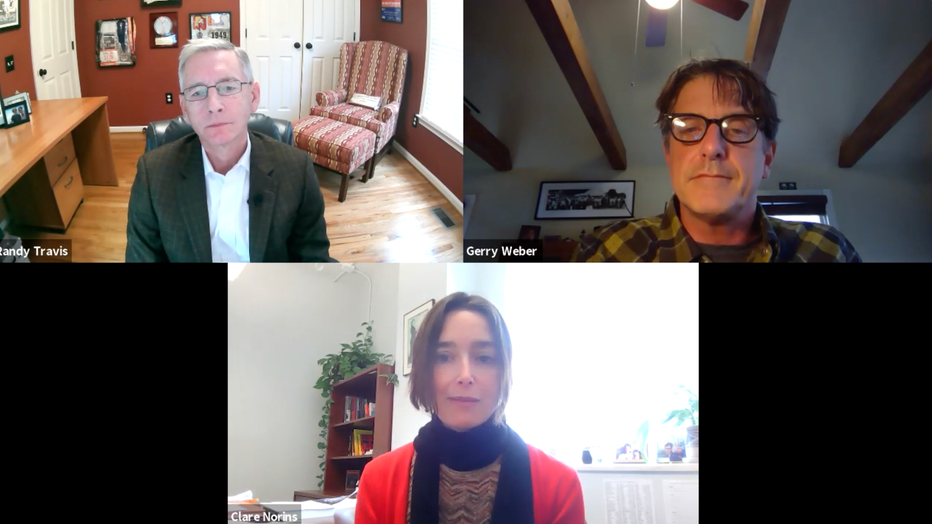 Attorneys Gerry Weber (R) and Clare Norins thought their signed agreement with Kelly Robinson averted the need for a lawsuit.

In March, the two attorneys wrote a letter to Douglas County, asking that the page by made public to avoid a lawsuit.

In May, Douglas County attorneys drew up an agreement — which Robinson signed — promising to "unblock and restore access to blocked users" on that Facebook page "within 24 hours." The commissioner did not admit doing anything wrong.

Douglas County spent more than $160,000 in legal fees after a commissioner reneged on a promise to unblock critics from his Facebook page.

But it turned out that settlement agreement settled nothing. Commissioner Robinson did not unblock those citizens within 24 hours. He did not restore access.

Instead, he changed the name of that Facebook page, now called kellyrobinsonsr —which he then classified as his personal Facebook page.

The public still can’t access it. In June, Weber and Norins filed the lawsuit they thought they had avoided.

"It was — we thought — pretty tied up" said Norins. 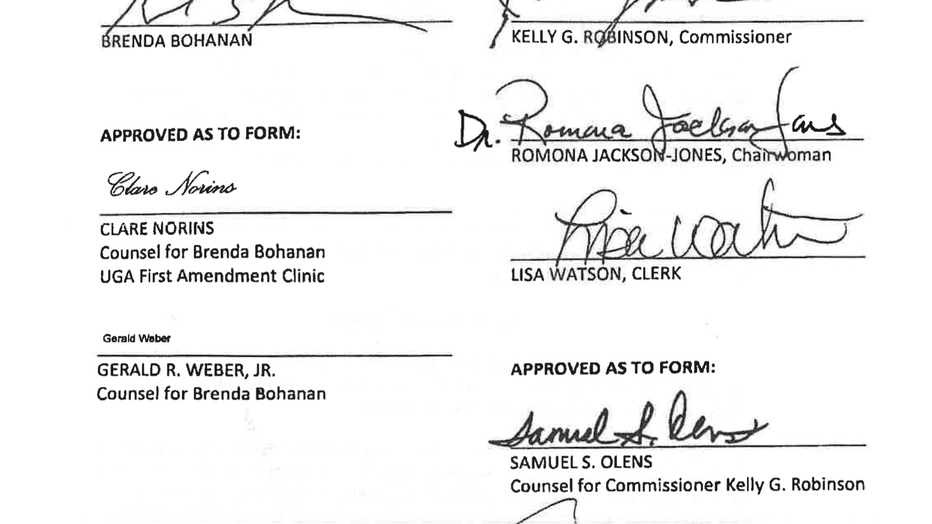 Robinson said he knew what he was signing when he agreed to unblock people from his Facebook Page. But then he said he changed his mind.

Robinson told the FOX 5 I-Team he understood what he was signing. But then he thought more about it.

"I changed my mind," he explained. "Because once I got into this and figured out what it was about, it’s really about my voice. It was very slick. I get it. But you’re not going to silence me in my own home."

Bottom line: He said he didn’t want the public to be able to see what he considered his personal page, even though he spent years posting about his public duties. 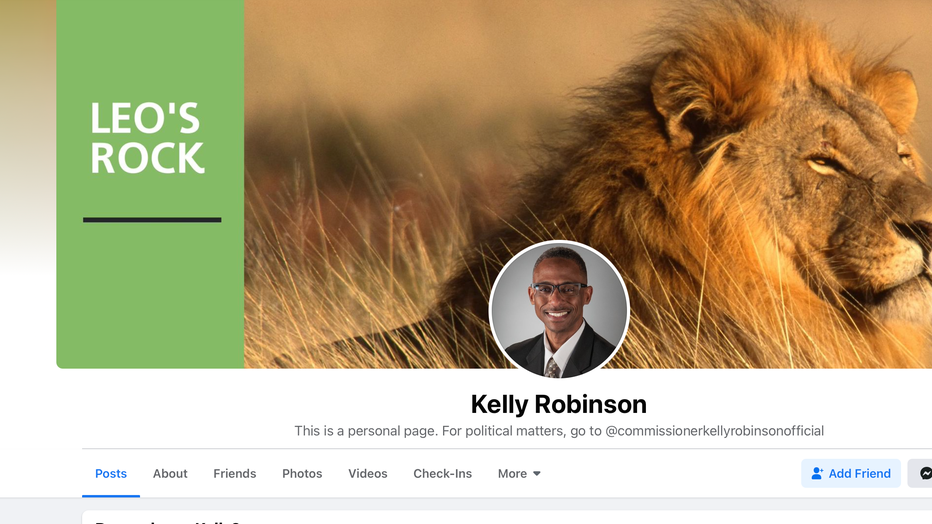 Kelly Robinson's newly-named Facebook page that he considers his personal page. He has promised in writing not to make any posts related to his public duties. Under the second agreement, he is allowed to limit who has access.

Robinson can no longer post any public business on his newly-named personal page. And he can’t block anyone from his other county Facebook page… commissionerkellyrobinsonofficial.

He was never accused of blocking critical comments from that page.

"Federal lawsuits are expensive," he agreed, "but my life was on the line. I have the right to be defended."

Robinson, who said he is legally blind, insisted that he rarely notices comments on social media unless he has someone read them to him.

"At the end of the day I think we did get what we wanted," said attorney Norins. "It was unfortunate that we had to litigate instead of just abiding by the initial agreement."

"I changed my mind. You're not going to silence me in my own home."

Douglas County paid $2500 in legal fees to Weber and Norins for the first settlement, another $9999 for the second settlement.

Taxpayers paid more than 15 times that to defend Robinson.

He also said he had to use $10,000 of his commissioner budget to have someone delete all the public postings since 2009 from his personal Facebook page.

"I always made it clear," Robinson told us. "They were never going to get access to my personal page."

The courts say the public shouldn’t. As long as that page really is personal.