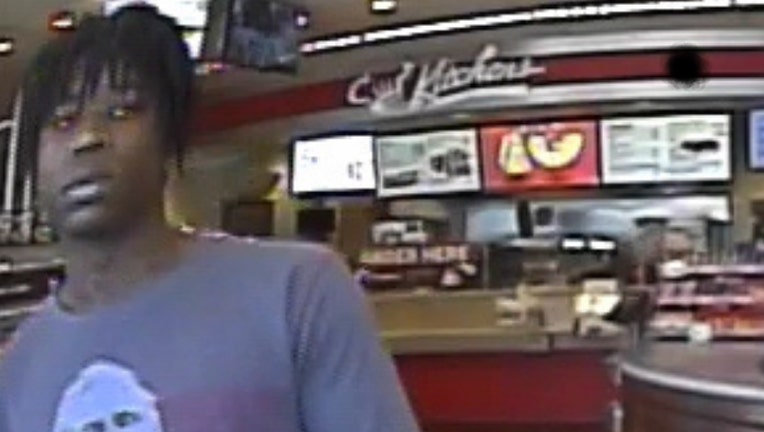 DEKALB COUNTY, Ga. - Law enforcement in DeKalb County are asking for the public's help in identifying a murder suspect.

Authorities released an image of a person they believe is involved in a murder that took place on April 5.

Police said the suspect captured on a security camera in an apparent convenience store is a suspect in the murder of 25-year-old Victor Adu.

Police said the victim and the suspect were in a physical altercation on the 2300 block of Peachwood Circle on April 5.

The victim died the next day from head trauma they sustained during the fight.

If anyone knows the whereabouts of the man in the attached photo, they are urged to call detectives at homicide detectives at 770-724-7850 or Crime Stoppers at 404-577-TIPS.