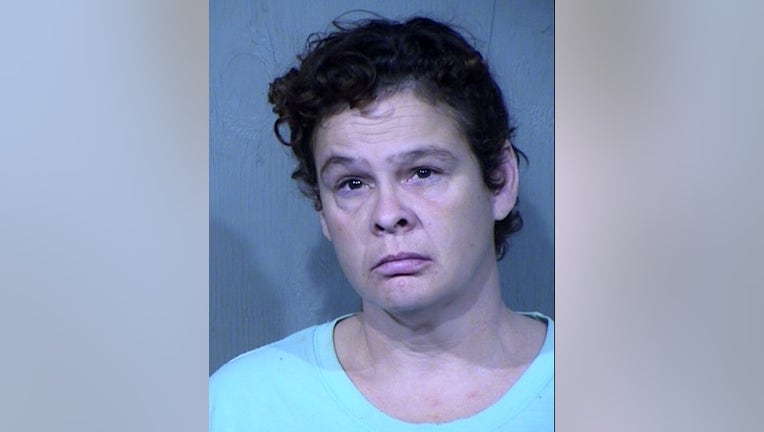 AVONDALE, Ariz. - Court documents show a woman tried to light her roommate and boyfriend on fire because he would not celebrate with her after she got hired.

According to the documents, 45-year-old Kathy Elizabeth Jones was arrested on the night of December 11, at her home near 119th Avenue and McDowell Road in Avondale.

Jones, officials allege, tried to set her boyfriend on fire by spraying lighter fluid on him and throwing lighted matches at him. Officials also allege that Jones caused damage to the front door frame of the home after she slammed it as hard as possible when the man locked her out to wait for police to arrive.

Jones, according to court documents, later told investigators that she remembers being upset with the victim because he would not celebrate with her after she got hired by a sandwich chain. She said she had two alcoholic beverages and two mixed drinks containing rum, which she described as strong.

Jones told detectives that she does not remember anything else about the evening, and does not know how she ended up getting locked out of the home.

According to the documents, Jones has lived at the home for a month. A judge has set a bond of $15,000 for Jones. If released on bond, Jones is ordered to not have any contact with the alleged victim, and to submit herself to police DNA testing.