Person killed in Sandy Springs after tree falls on car

SANDY SPRINGS, Ga. - The storm that blew in Thursday is being blamed for at least one death. Sandy Springs Police say a driver was on Mt Paran Road when a tree fell on his SUV.

"That's very scary, my heart goes out to their family," said Tanita Berry who lives nearby.

It was around 1:30 on Thursday afternoon. The driver was near the intersection of Mt. Paran and Jett roads. The rain was coming down hard and the wind was strong.

"A lot of wind and with all the rain I guess these trees they get unstable and they fall," said Scott Butler who lives nearby. 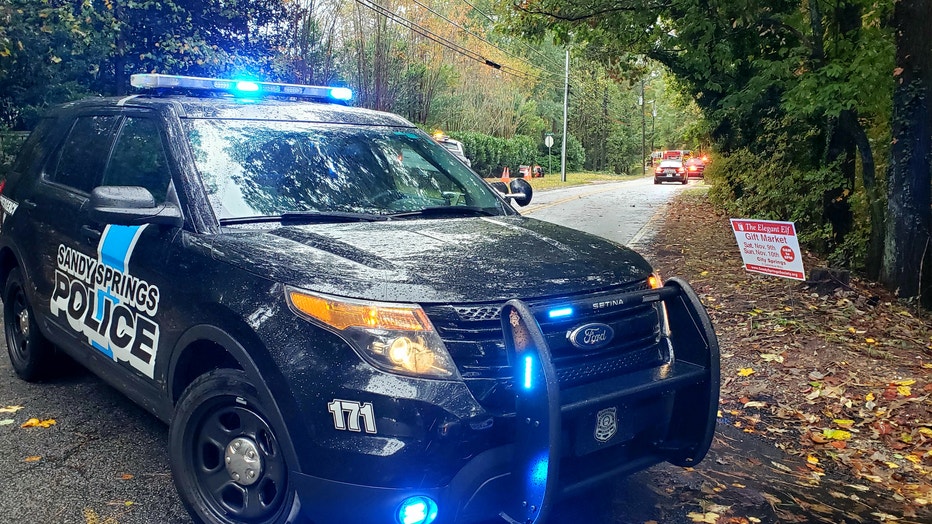 Crews worked well into the evening to remove the tree from the road and restore power that was knocked out.

Sandy Springs Police spent most of the evening trying to contact family members of the driver. Authorities have identified the victim as 38-year-old Aquarius Johnson. Officials said she was an employee of Atlanta Watershed Management and was driving a city of Atlanta vehicle at the time of the accident.

Scott Butler said his wife was coming through the same stretch of road, picking up their daughter, during the storm.

"You hear about a lot of ban things and you think of a tree falling on you would be that final you're just always thankful when you wake up every day and get through the day," said Butler.