ATLANTA - A woman was trapped by debris Thursday afternoon after a vehicle crashed into a southwest Atlanta doctor's office, but miraculously walked away with only minor injuries.

It happened just after 2 p.m. on the campus of a medical facility in the 3800 block of Redwine Road SW.

FOX 5 crews at the scene spotted a wrecker taking the black Volkswagen SUV from the scene. The SUV appeared to have caused damage to two windows and the facade of the building. 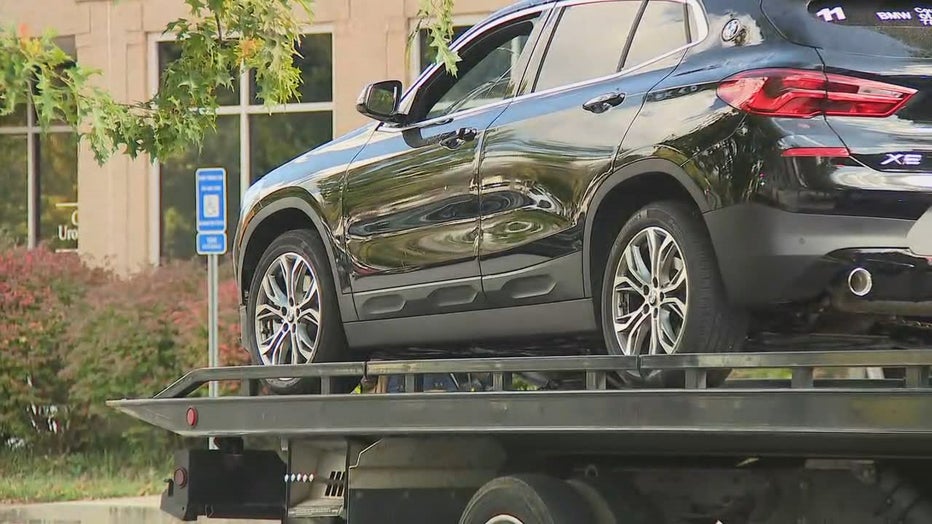 An SUV that slammed into the waiting room of a southwest Atlanta doctor's office was towed from the scene on Oct. 22, 2020. (FOX 5)

Atlanta police said the vehicle crashed into the building, trapping a woman in the debris. Fire crews and police officers were able to work to free her.

"There was one person that was in the waiting room and she had just gotten up and walked across that space. She was actually at the front counter as the car came directly behind her. Missed her by literally half an inch," said Dr. Kurt McDonald, director of Genesis Sports Medicine and Rehab.

Police said she suffered some minor leg pain and was treated at the scene. 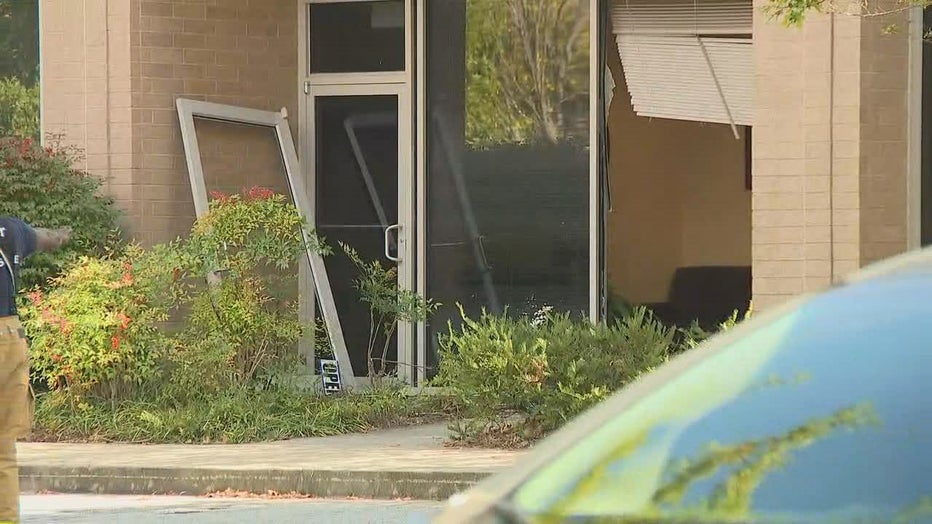 "And like I said, by the grace of God, you know that's the reason we get up in the morning is we pray, there was absolutely no way... at the time that it happened we probably had six people in the waiting room and they had literally just been brought back at 2 o'clock and then this person came in right after that," Dr. McDonald said. "The only space that she could have been to not get injured, she was standing in."

The driver of the vehicle and a passenger were able to safely get out of her vehicle. They were not injured. The driver told Dr. McDonald she accidentally hit the gas pedal instead of the brake and that it was a loaner car she was not used to. 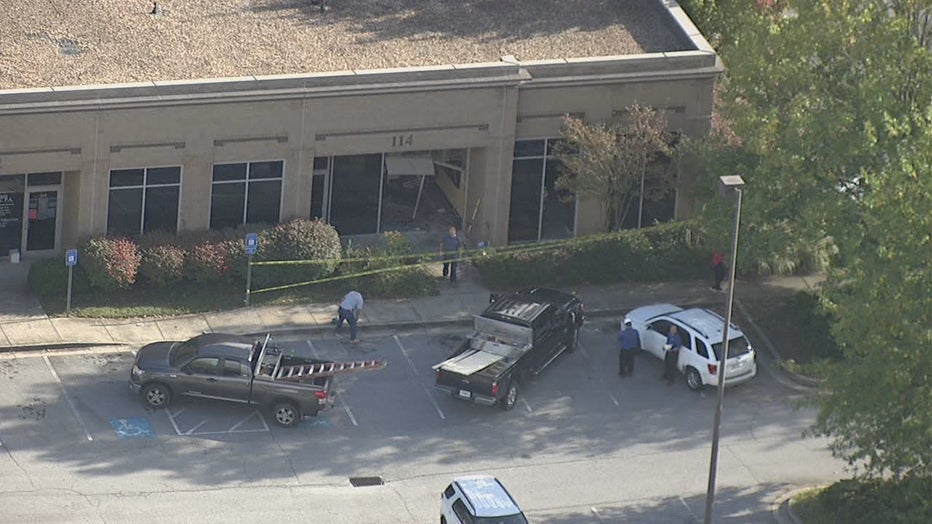 SKYFOX 5 flew over a doctor's office in southwest Atlanta where an SUV slammed into the waiting room on Oct. 22, 2020. (FOX 5)

"A lot of structural damage, but no personal damage," Dr. McDonald said.

The cause of the single-vehicle crash was being investigated by the Atlanta Police Department.