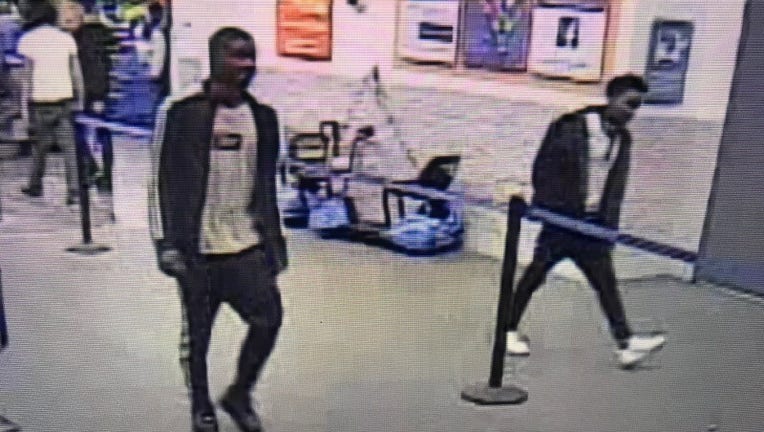 Officials say that officers were called to a Walmart on the 3,200 block of Lawrenceville Suwanee Road Saturday night around 9.

According to witnesses, two men were caught shoplifting inside the Walmart and fled when confronted by Walmart loss prevention officers.

The suspects jumped into a U-Haul van and tried to drive off, but in their haste officers say they hit and dragged a pedestrian onto Satellite Boulevard.

The pedestrian, whose identity has not been released, did not survive.

Officials described the U-Haul as having an Arizona tag number AJ38446.

If you have any information about the two suspects or the U-Haul, please call Suwanee Police Department at 770-945-8995.