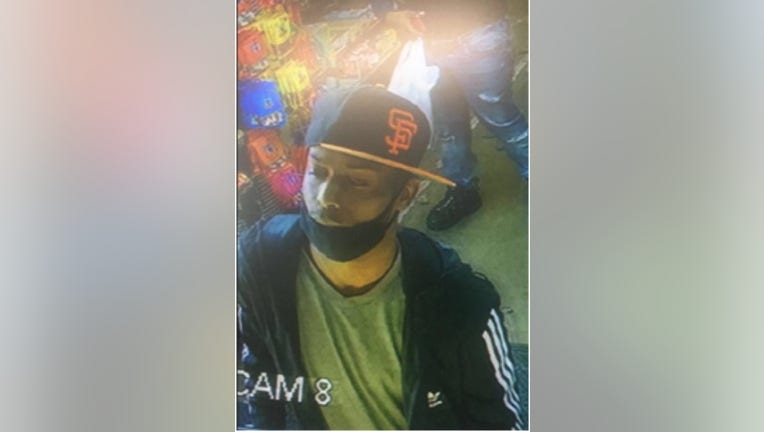 Officials say this suspect shot a clerk during a confrontation inside the store. (Atlanta Police Department)

ATLANTA - Police are asking the public to help identify a suspect in a violent confrontation at an Atlanta food mart.

On the afternoon of Oct. 31, Officers responded to a Food Mart on the 1,400 block of Venetian Drive after reports of an aggravated assault.

When they got to the scene, officers found the store clerk, identified as Mr. Wordofa, with a gunshot wound to his upper thigh.

According to investigators, the shooting happened after a woman entered the store and asked to buy a pack of cigarettes. When Wordofa asked to see her ID, police say the woman became angry and began to vandalize the store.

Police say Wordofa tried to stop the woman and was confronted by a man who pulled out a gun and shot the clerk before fleeing.

Medics took Wordofa to a nearby hospital for treatment.

Officials are offering a $2,000 reward for any information that leads to an arrest and indictment of the suspects.