Police are looking for a man who held someone at gunpoint in their own home and robbed them. Police and the victim believe the person could strike again.

ATLANTA - Atlanta police are asking the public to help them identify a suspect accused of stealing a dog during an armed robbery.

Officers say the robbery happened early in the morning of Aug. 29 on the 800 block of Penn Avenue.

"I just knew I was going to die," the victim said.

The victim doesn’t want to be identified but wanted to share his story after escaping with his life.

"I drove down Peachtree and he was walking down Peachtree. He flagged me down and I pulled over. I thought I knew him but I didn’t. Then we got into conversation," the man said. 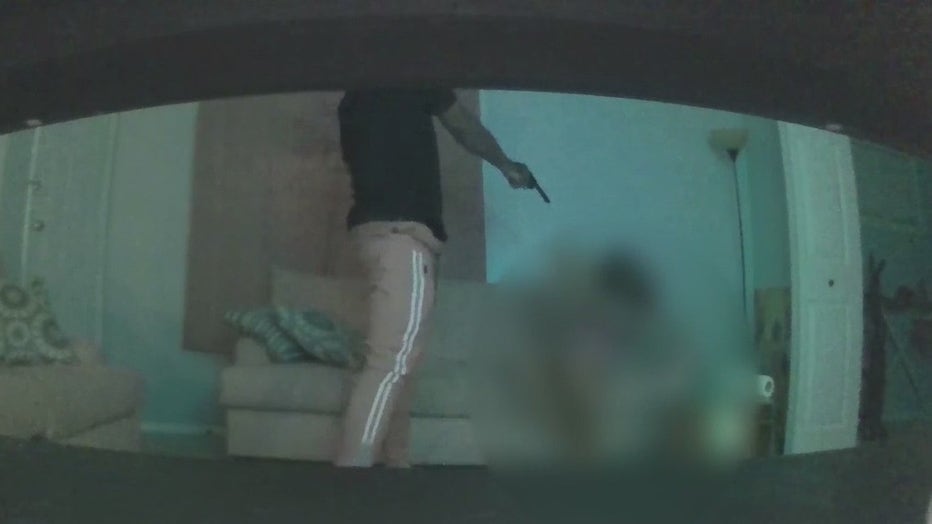 According to investigators, the victim and the suspect met, went back to their apartment. At some point, the suspect went into the bathroom and came out holding a gun.

"He used the bathroom," the victim said. "He came out the bathroom and put the gun to my face and told me to get on the ground. As I was going to the ground we tussled but then he slung the gun away from me and started hitting me with it,"

While pointing the gun at his victim's head, the suspect allegedly told them to "get on the ground" and threatened to kill them.

After a short struggle in which the victim was hit in the face and arm. The repeated blows to the head required the victim to get seven stitches and caused four facial fractures.

The victim ran out the door seeking help from neighbors.

The victim said the alleged gunman ran back into the house, locked the door and took off with his pitbull puppy, "Buddy," who was in a crate. 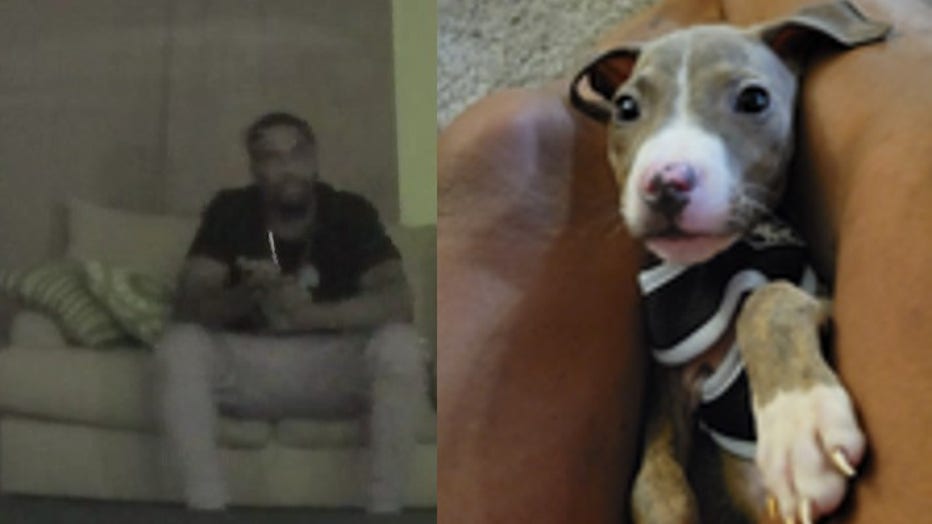 Police say the unknown suspect was last seen walking down Penn Avenue with the puppy and a black duffle bag.

The victim said he’s shocked this happened especially after he revealed what he does for a living.

"The dumbest thing you can do is assault anybody but then to assault a federal correctional officer. I wish nothing but bad for you. Nothing but bad and you will get it," the man said.

As police continue their search, this victim is warning others to be careful.

"Be smarter in your decisions. Use your better judgment. When your first mind tells you don’t, don’t," the man said.

Police and the victim believe the suspect could strike again.

"I don’t think it was his first time at all. I think he is going to do it again. I just hope he’s not dumb enough to do it here again because now I’m ready for him," the victim said.

If you have any information that could help police identify the suspect or find the missing dog, please call 911 or Crime Stoppers Atlanta at 404-577-TIPS (8477).