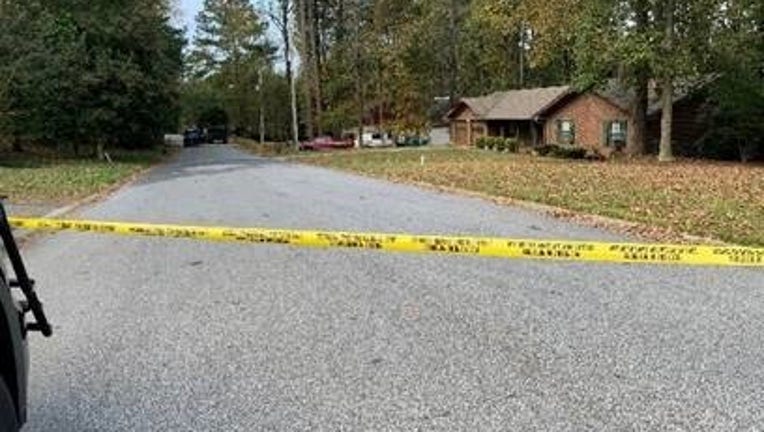 GWINNETT COUNTY, Ga. - The Georgia Bureau of Investigation has been called to a Gwinnett County home after a suspect was shot and killed by a SWAT team member during a standoff Saturday morning.

Officials with the Gwinnett County Police Department tell FOX 5 officers were called to a home on Bent Willow Drive in Lilburn after a neighbor heard a domestic-related incident.

Police located the woman in the back yard of the home and, after treating her injuries, got her away from the area.

While officers were on the scene, officials say the unnamed suspect left the home, showed off a firearm, and went back inside to barricade himself in. During this time, police say he fired at least one shot.

Officers attempted to negotiate unsuccessfully, so they called the Gwinnett County SWAT team to the scene.

During their negotiations, officials say the suspect fired multiple times while inside the home.

According to officials, at some point, the man left the home and shot at the SWAT officers, who returned fire.

One of the bullets hit the suspect, killing him.

Officials have not released the identity of the suspect or female victim at this time.

The Gwinnett County Police Department has asked the GBI to investigate the shooting.