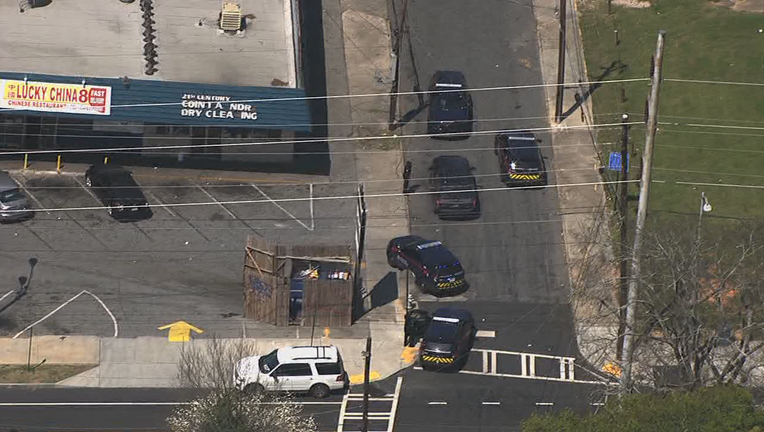 ATLANTA - Police are investigating a shooting at an Atlanta supermarket on Tuesday afternoon.

Officers responded to a call of a person shot at Shoppers Market in Simpson Plaza at 731 Joseph E Boone Boulevard just before 1 p.m. Atlanta police officers arrived to find a man suffering from a gunshot wound.

Police said the victim was alert and conscious when first responders took him to a hospital for treatment.

Investigators said the victim did not appear to be the intended target.

The incident started, investigators said, when a man and the store's manager were in an argument inside the store. Police said the suspect left the store and returned with a gun and opened fire.