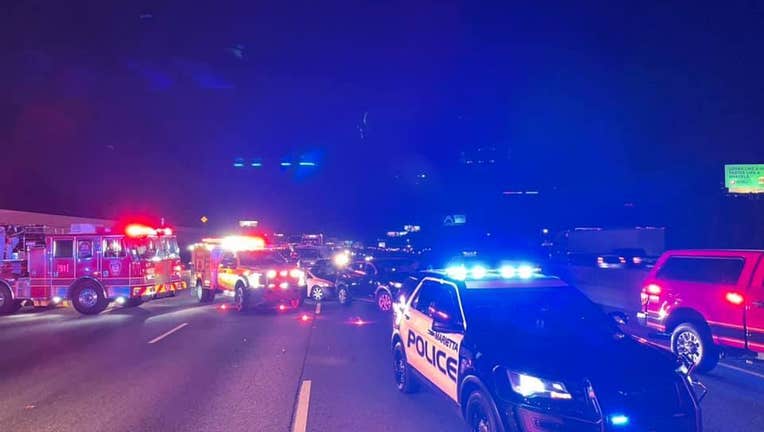 MARIETTA, Ga. - The Marietta Police Department said an Acworth resident being treated for life-threatening injuries at WellStar Kennestone Hospital after a Monday-night accident on Interstate 75 in Marietta.

Two other people involved in the wreck were treated for minor injuries. Police had no updates on the accident victims' conditions.

Preliminary investigating indicates a Nissan Altima suffered an "unknown mechanical failure." A person driving a 2017 Tesla Model S slowed down for the Altima when a Mercury Sprinter van slammed into the rear of the Tesla, which was carrying two passengers as well as the driver, and the Altima.

The Telsa veered into the left side of I-75 where officials say it collided with a 2003 Toyota Corolla and rested at the left barrier wall.

All three occupants of the Tesla were hospitalized.

Police said the serious wreck resulted in closures of all southbound lanes on I-75 between Canton Road Connector and North Marietta Parkway.