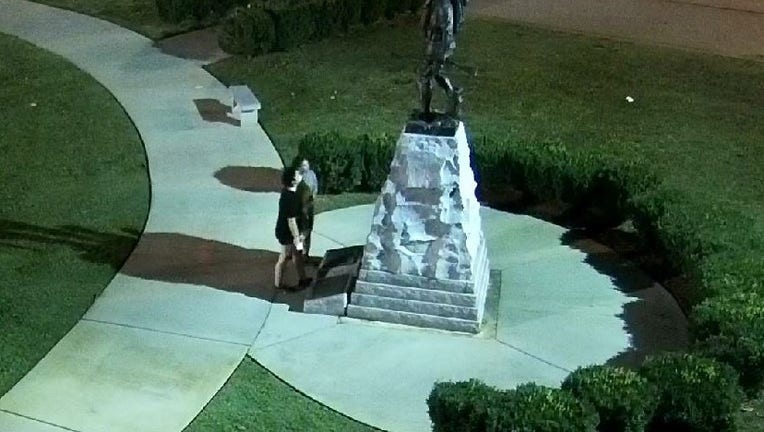 GRIFFIN, Ga. - Police in a Georgia city are asking for help after two people were caught on camera vandalizing a veterans memorial.

According to the Griffin Police Department, video cameras found the two suspects inside the Veterans Memorial at Oak Hill Cemetery around 1:15 a.m. on June 6.

In the footage, the two individuals are seen looking at one of the statues in the city's Veteran's Memorial Plaza.

According to Griffin community newspaper The Grip, officials found two memorials damaged later that day with red spray paint that included phrases like "F*** the Police" and "BLM." 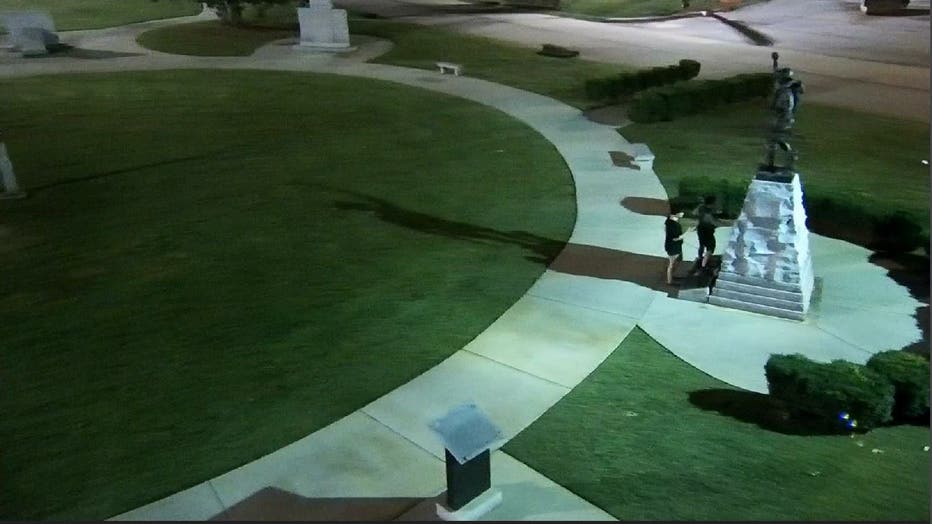