Vandalism at a bakery was caught on camera.

Officials say the two people were caught on camera damaging the Sugar Hill Bakery on September 19.

Businessowner Nancy Wren contacted police to report someone had come onto the property on West Broad Street and smashed the sidewalk sign into multiple pieces.

The sign in question displays a Pro-Trump message on one side, with a similar display in support of law enforcement and the military on the other. Trump and Blue Lives Matter flags adorn a nearby flag pole.

Wren didn't return our call Tuesday, but she stated in the incident report that, "this is an ongoing issue and has been occurring for the past two months with over seven separate incidents." 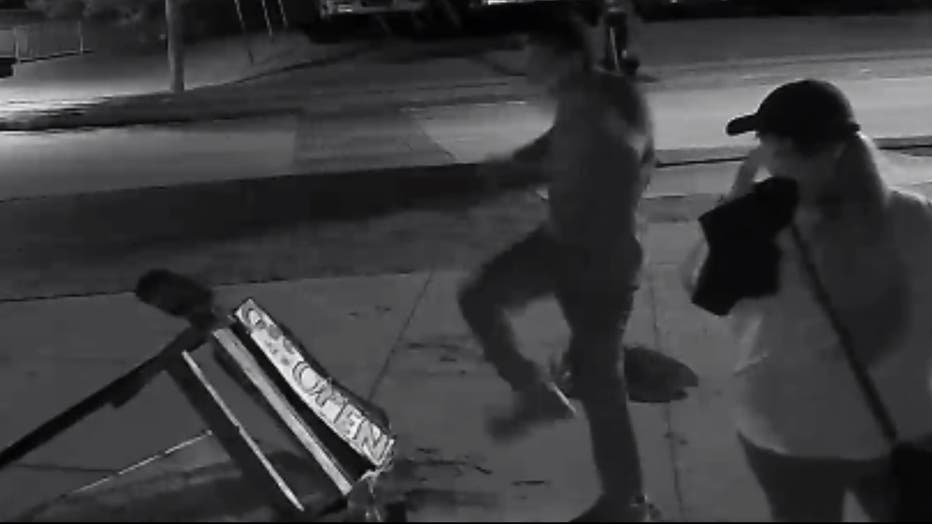 Wren went on to say she had put up a camera in direct view of the sign in hopes of catching the culprits on camera.

According to detectives, this is not the first time that the business has been damaged in a similar way.

Police wonn't speculate on why the restaurant is being targeted, but the owner's stance on a host of social, poltiical and public health issues has generated attention in recent months.

Anyone who believes they recognize  the suspects are asked to contact Gwinnett Police.