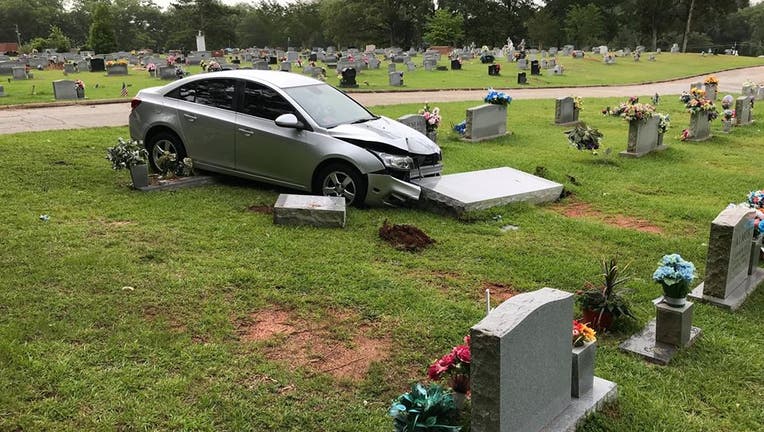 Police released this photo of a stolen car crashed into a Carrollton cemetery on June 27, 2020. (Carrollton Police Department)

CARROLLTON, Ga. - Police in Carrollton wants to find the person who stole a car and drove it through an area cemetery, eventually crashing to a headstone.

It happened Saturday at the Carrollton City Cemetery on Alabama Street. Carrollton police posted a picture of the car stopped at the grave by the headstone on their Facebook page on Monday afternoon. The car received head damage on the front end and topped over the heavy granite stone, causing significant damage to it.

Police said they want to know who stole that gray 4-door Chevy Cruze from along 5th Street and ended up in the cemetery.

Anyone with information is asked to call Investigators Brandon Sheffield at 770-834-4451.