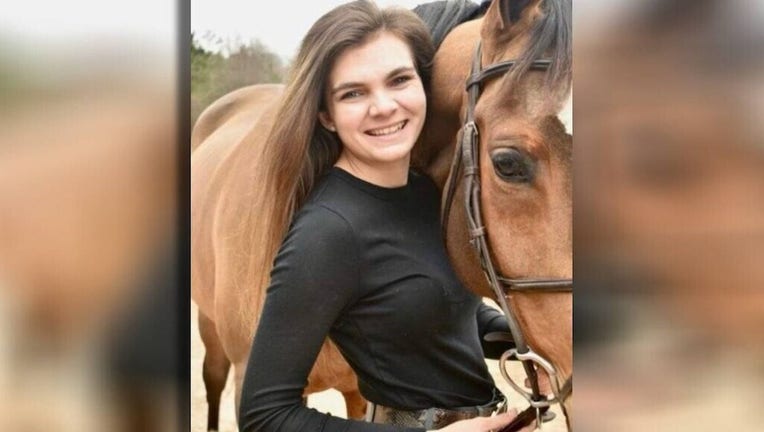 COBB COUNTY, Ga. - Police in Austell confirmed with Fox 5 Atlanta on Sunday that an Alabama girl reported missing was located by authorities in Alabama.

Austell Deputy Police Chief Natalie Poulk said authorities found Abigail Toeneboehn from Auburn, Ala., safe in Dothan, Ala. Poulk  said Alabama authorities confirm it is her and she is safe. Poulk said Toeneboehn left on her accord.

Toeneboehn went missing from West Creek Stables, where she stays three to four days per week to train her horses.

Toeneboehn, who police described as an avid equestrian, left for the farm sometime around 11 p.m. and left without her phone, wallet, jacket and car.

Police searched the property and areas around the stables Friday morning with a canine unit but could not find her.

The National Center for the Missing and Endangered said Toeneboehn graduated from Auburn High School. She is a student at Southern Union State Community College in Wadley, Ala., and trains horses in Georgia.