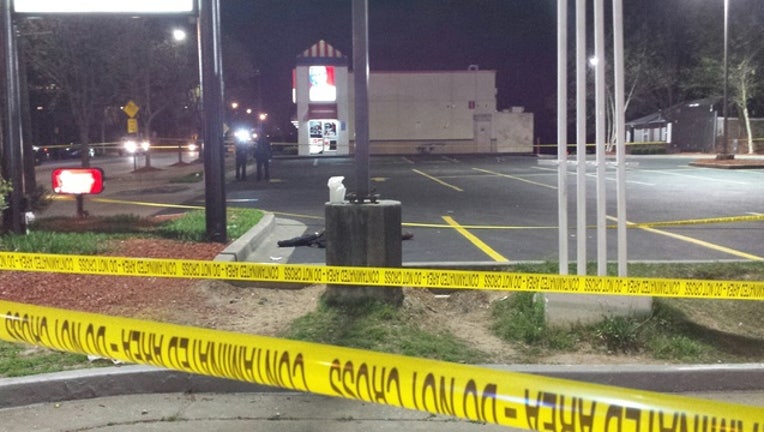 ATLANTA - Atlanta Police are searching for the gunman who opened fire on a man as he walked down the street Tuesday morning in southwest Atlanta.

The victim was on Joseph Lowery Boulevard, just south of Martin Luther King Drive. He told police he heard the gunshots and then realized he'd been hit. Following the shooting, the 30-year-old victim, who was shot in the chest and abdomen, collapsed in the corner of a KFC parking lot.

The victim was alert when officers arrived, but couldn't give them a suspect description. He also had no idea why he'd been targeted.

Police said they aren't sure of the exact shooting location, but have been searching in the area of where the victim was found. They said they planned on looking at store surveillance from nearby businesses, hoping to piece together exactly what happened.

Witnesses did report seeing three cars leave the scene at high rate of speed right after the shooting, but police haven't connected them to the crime. They said it's possible they were just trying to escape the gunfire.

Paramedics rushed the victim to Grady Memorial Hospital, where he underwent surgery.  At last check he was in stable condition.