A woman was killed in a crash and police are searching for two people who ran away from the scene.

ATLANTA - Atlanta police said they are searching for two people who ran away from a deadly hit-and-run crash along Interstate 285 on Saturday morning.

According to police, one of the two vehicles involved in the crash overturned near the Martin Luther King Jr. Drive exit along the northbound lanes of I-285.

A Chevy Cruze tried to exit the highway and hit a Hyundai Sonata. A woman inside of the Sonata died at the scene, investigators confirmed.

A male was also inside of the car and was taken to Grady Memorial Hospital, where he is listed in critical condition. 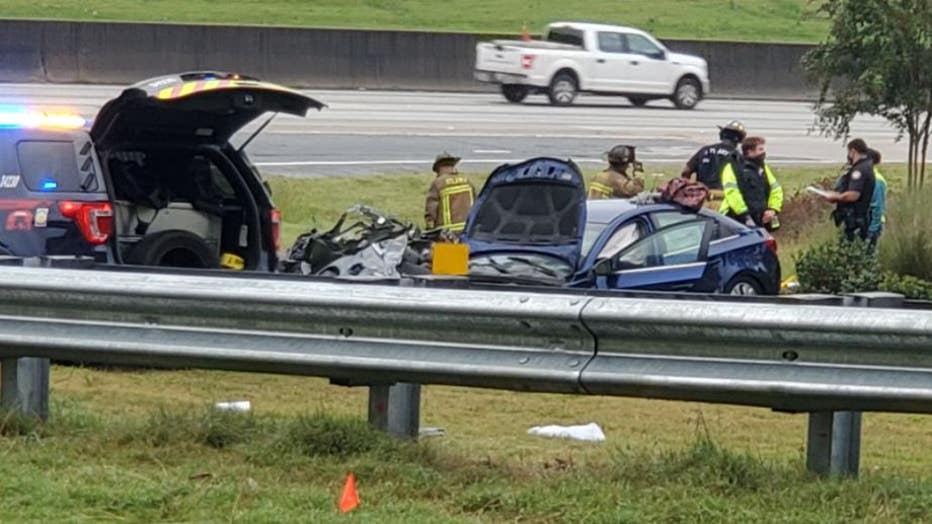 Witnesses told police, a man and a woman inside of the Chevy Cruze were seen fleeing the scene after the wreck.

“We are in the process of searching through cameras and locating them at this time,” Jackson said.

The area was shut down for hours as investigators combed through the scene.

“Those individuals are someone’s daughter or sons. Anytime you come to a scene where there’s loss of life it’s heartbreaking,” Jackson said.

Police are investigating whether speed played a factor.

Investigators have not released the name of the woman killed.